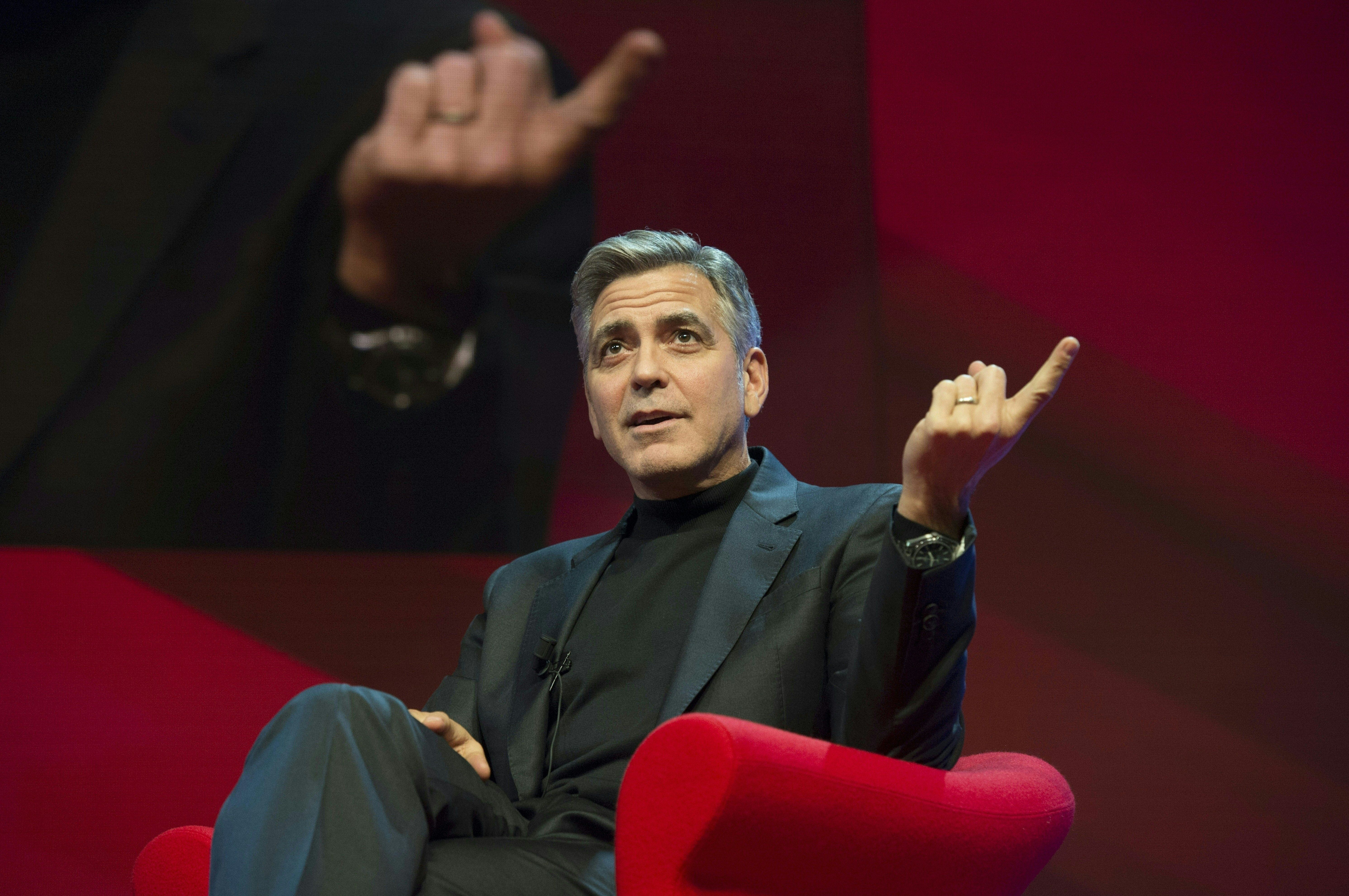 Actor George Clooney, who supports Hillary Clinton in the Democratic race for the White House, falls in line with Bernie Sanders on at least one issue: the "obscene" amount of money that funds political campaigns.

"It is an obscene amount of money," Clooney said in an interview with NBC News that aired Sunday. "The Sanders campaign, when they talk about it, is absolutely right. It's ridiculous that we should have this kind of money in politics. I agree completely."

Clooney hosted a $33,000 a plate fundraiser for the Hillary Victory Fund in San Francisco Friday night, where the proceeds would be split among Clinton's primary campaign coffers, the Democratic National Committee's own treasure chests, and various state Democratic parties.

Sanders supporters protested outside the venue, calling the fundraisers "political bribery" and urging an end to big money in politics.

Clooney, in his NBC interview, said he held the same views as the demonstrators.

"They're right to protest. They're absolutely right," he said. But the Oscar-winning actor was quick to point out that "the overwhelming amount of money that we're raising is not going to Hillary to run for president."

"I don't think anybody does. I don't even think politicians do," Clooney said. "It's not the most fun thing to do."

He said he even supports the movement to overturn the Supreme Court's Citizens United decision, which equated campaign donations to protected free speech.

Of Bernie Sanders, who has criticized Clinton's support from Hollywood's moneyed elite, Clooney said he does "really like Bernie."

"What he's saying in this election is important if you're a Democrat, again, to have these conversations," Clooney said, even promising that he would fund-raise for the Vermont senator if he were the Democratic nominee. But, he said of Clinton, "I hope she wins."

Sanders, for his part, continues to hit his Democratic rival for her continued fundraising from wealthy donors.

"We raised seven million individual campaign contributions, more than any other candidate in American history at this point, averaging 27 dollars," the Vermont senator told "Face the Nation" on Sunday. "She is out there raising money for the wealthy and the powerful. And I think you can judge a candidate based on how you raise money and who you ultimately become dependent upon."