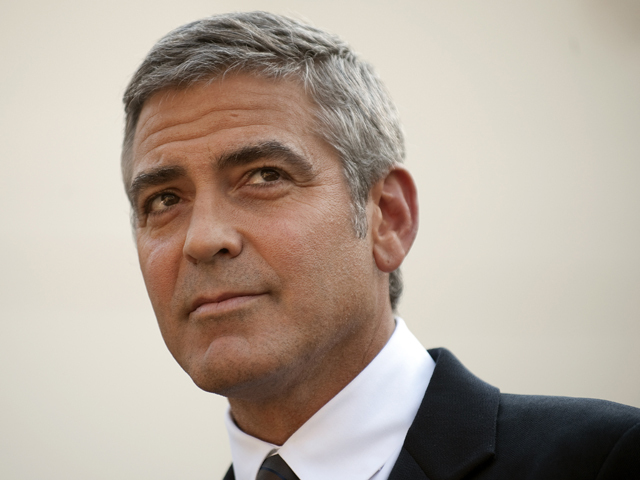 CINCINNATI (CBS/AP) Actor George Clooney is introducing his 14-year-old nephew to the world of Hollywood by casting him as an extra in his new movie, "Ides of March."

Nick Zeidler, an eighth grader at Conner Middle School in Hebron, Ohio, was invited to be a part of a scene of a rally  for the movie's presidential candidate Gov. Mike Morris.  He was seen on set Thursday morning wearing a political campaign sandwich board ad that read "Pullman for President."

"He's in show business now!" Clooney said about Ziedler, according to the Cincinnati Enquirer.

Zeidler joins  a "family" business  that includes not only his uncle but also the late actress and singer Rosemary Clooney, one of the stars of the movie "White Christmas."

Clooney is directing and starring as Morris in the movie, which is currently filming around Cincinnati.