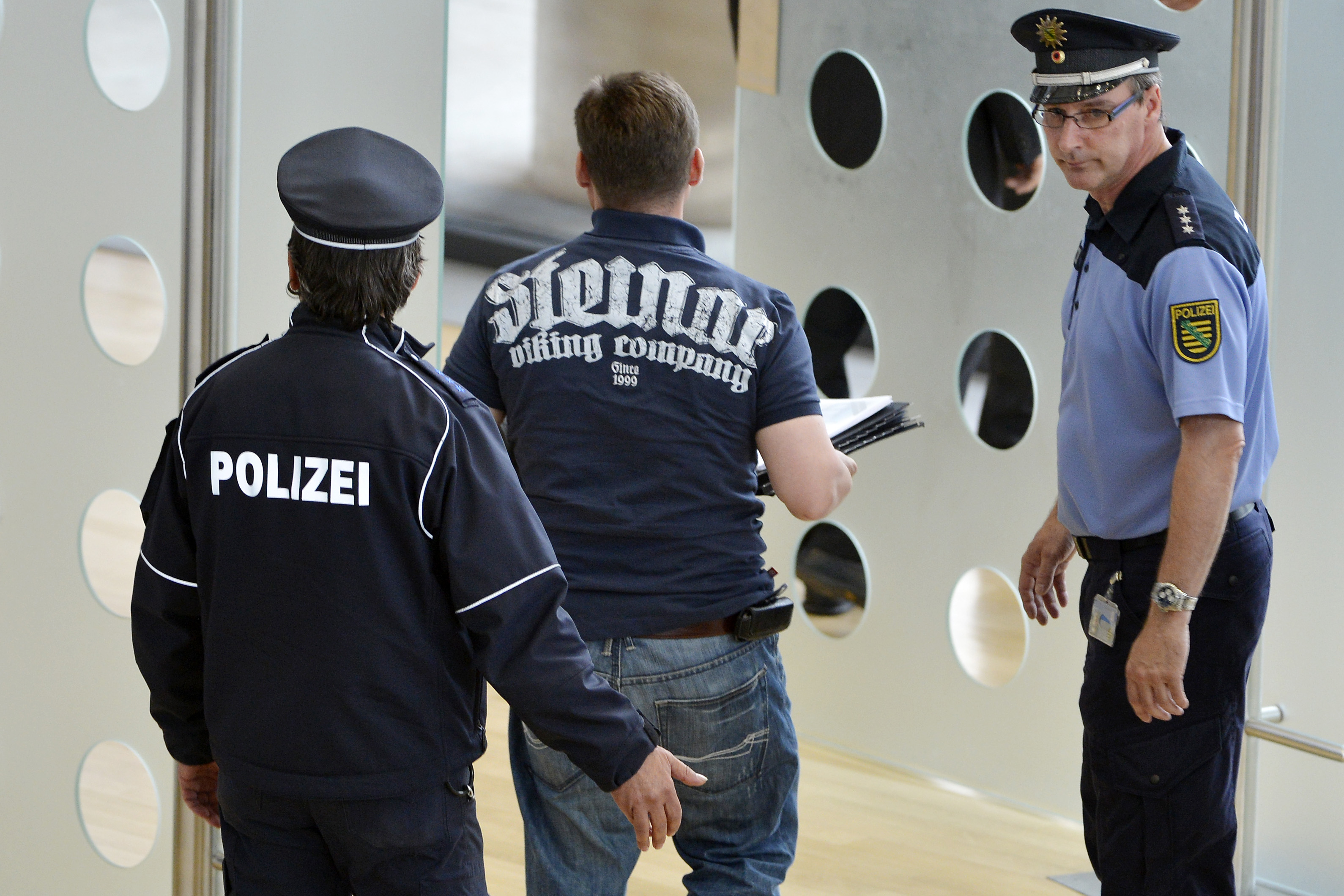 The brand, with its runic symbols and Nordic themes, is popular among neo-Nazis in Germany, even though the company has distanced itself from far right extremism in the past.

The lawmakers were banned from parliament's next three sessions after refusing to change or leave, Klatte said. They only left voluntarily after police entered the assembly hall to enforce their expulsion.

Thor Steinar clothes are "typical for the far-right scene," and assembly president Matthias Roessler said that wearing them amounted to an overt expression of a political opinion, Klatte said.

Lawmakers from center-left and far-left opposition parties in the past were also sanctioned for wearing political stickers or posters in parliament.

The NPD lawmakers maintained they were not trying to provoke parliament, but that the Thor Steinar shirts were worn as a "protest action" targeted at the rules banning such clothes, said NPD spokesman Thorsten Thomsen.

"We think that no caucus member was wearing clothes that explicitly express a political opinion," he said, adding Thor Steinar was merely a "fashion brand."

The NPD, or National Democratic Party Germany, entered the state legislature in 2004 with eight lawmakers.

The year later they caused outrage when members walked out of state parliament instead of observing a moment of silence for Holocaust victims.

In 2008 in the northeastern state of Mecklenburg-Western Pomerania, NPD lawmakers refused to rise from their seats during a moment of silence in honor of the Nazi's victims, being marked on the 75th anniversary of Hitler's elevation to German chancellor.

Germany has no far-right party that can boast success on a national level, and the NPD has never come close to garnering the minimum 5-percent of the vote needed to enter parliament federally. It is currently only represented in two of Germany's 16 state legislatures.

The openly xenophobic party's main support base is in the sparsely populated former communist east German states, which are home to few foreigners but where unemployment and discontent is relatively high by German standards.