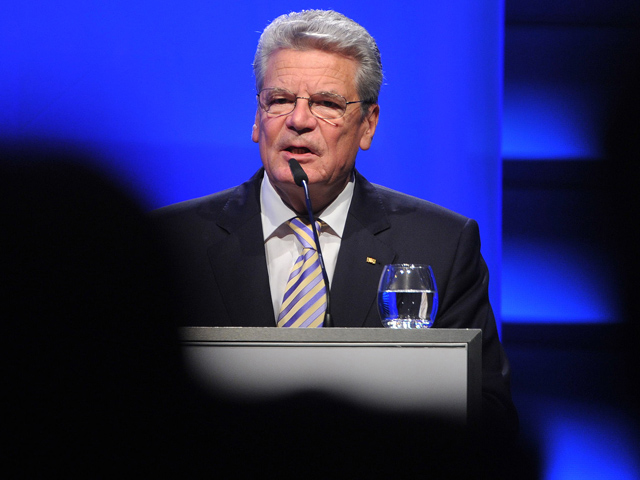 However, the court did insist that Germany fulfill some conditions - notably, ensuring there are legal guarantees that Parliament must vote on any further increases in Germany's contributions to the fund, the European Stability Mechanism. Germany is liable for about 27 percent of the European rescue program.

Gauck's office said that once the government has fulfilled those conditions, the ESM still requires a further formal step of ratification by the president to take effect. The new fund's board of governors is slated to hold its first meeting Oct. 8.

The bailout fund will take its place alongside plans announced by the European Central Bank last week to buy unlimited amounts of short-term government bonds issued by troubled countries - if those nations apply for help from the ESM. The ECB plan has been criticized by some in Germany, but Chancellor Angela Merkel has signaled her backing.

Merkel made clear Thursday that, despite the past week's boost to the 17-nation eurozone's rescue efforts, neither program alters the need for struggling countries to cut their deficits and enact economic and labor market reforms.

"If we want things to get better, then we can't send the wrong signals and act as though lasting and sustainable progress were possible without such reforms," she said in a speech to a trade group.

"The homework must be done at home, in the countries," she said. "The ECB cannot replace political action."

She insisted that aid will continue to come with strings attached. "We show solidarity, of course, but there is support only when things are done to overcome the problems."