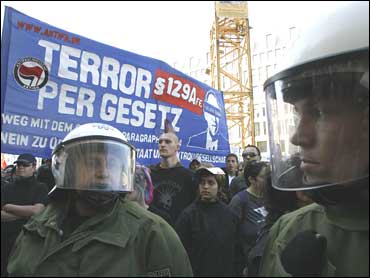 Demonstrators in Berlin on Saturday protested against state surveillance and a new anti-terror package proposed by the interior minister.

In spite of the few scuffles between police and radical left groups the demonstration with about 8,000 protestors, was peaceful.

According to organizers, it was called by 50 different groups and German opposition parties.

"I don't think people are ready to give up their personal freedom," one protestor said. "The demonstration shows it."