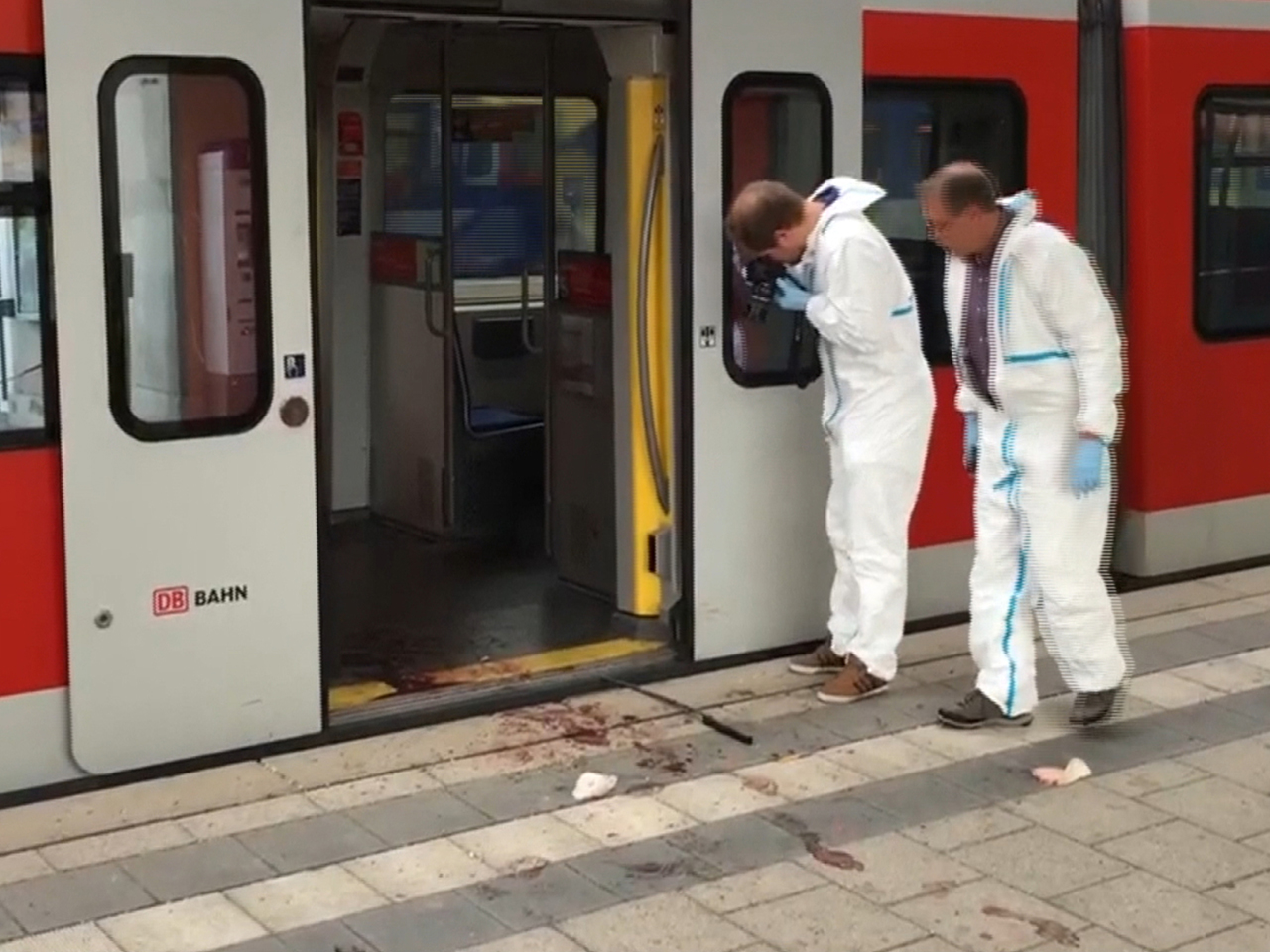 BERLIN -- German officials said one person was killed and several wounded in a stabbing attack at a train station near Munich early Tuesday morning.

The suspect was reportedly heard shouting Allahu Akbar (God is great) before or during the attack, according to witnesses, but authorities later appeared to rule out an Islamic extremist motive.

Bavaria's top security official said investigators had no indications that the German was an extremist, but that he apparently had psychological problems and drug issues.

State Interior Minister Joachim Herrmann said after a Cabinet meeting in Munich Tuesday that the 27-year-old had confessed to carrying out the attack, news agency dpa reported.

Investigators were still looking at whether there could have been some political background to the attack.

The 27-year-old suspect, a German who wasn't a resident in the southeastern German state of Bavaria, attacked several people with a four-inch knife, police said.

The incident happened at the train station in Grafing, east of Munich, shortly before 5 a.m. Tuesday (11:00 p.m. Eastern, Monday).

Police spokesman Irwin Heumann said the 56-year-old victim was wounded by the attacker on the train Tuesday morning and died later in the hospital. He said it was not yet clear where the three other victims wounded in the attack were assaulted.