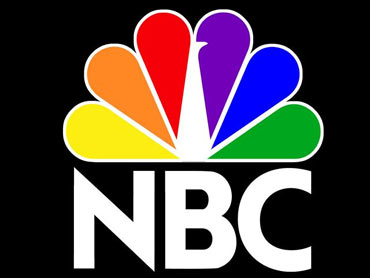 After months of negotiations, NBC is getting its prize: Membership in the Big Media Club.

NBC, a unit of General Electric Co., sealed a deal to merge with the entertainment businesses of Vivendi Universal, the companies announced Wednesday, creating a media conglomerate in the same class as giants like Viacom Inc. and Walt Disney Co.

The new company, to be called NBC Universal, will have a leading broadcast network, the Universal movie and television studios, 14 local TV stations, an array of cable networks including USA, CNBC and Bravo, and interests in five theme parks.

With $13 billion in annual revenues, NBC Universal will still be small compared to the largest media conglomerates like AOL Time Warner Inc., which had revenues of $41 billion last year or Walt Disney Co.'s $25 billion.

But the deal gives NBC something it has long desired: more clout with competitors, audiences and advertisers. Jean-Rene Fourtou told reporters in a conference call that its U.S. television holdings "were too small to be really competitive on the American television scene."

For NBC, getting control of the Universal businesses also means a much greater profile for NBC's chairman and chief executive Bob Wright, who has built up or acquired a host of new businesses, including the cable channels CNBC and MSNBC, which is co-owned with Microsoft Corp., Bravo and the Spanish-language broadcaster Telemundo.

In an interview, Wright said the combination with Universal would put an end, for now, to NBC's dealmaking. While NBC was always open to future possibilities, "we don't think we need to do anything major," Wright said.

Wright will be in charge of the new company, though it's not yet clear what the rest of the management structure will look like. Wright said it was likely that Jeff Zucker, NBC's fast-rising head of entertainment, would likely oversee the television properties of Universal, which include the cable networks USA, Sci-Fi and Trio.

NBC will own 80 percent of the new company, Vivendi the remaining 20 percent. Cash-strapped Vivendi will be able to start selling its stake beginning in 2006 over a period of several years. NBC is paying $3.8 billion in cash as part of the deal and taking on $1.7 billion of Vivendi's debt.

NBC executives say they expect the company's revenues to grow between 5 and 10 percent per year, but media consultant Pascal Volle of Mercer Management Consulting doubted that the businesses would grow enough to meet that estimate.

"I think NBC has gained a membership card for the top integrated media companies," Volle said. "It is a company with a full set of video entertainment assets. What I can't see in there is the engine for growth."

The terms of the deal announced Wednesday were largely unchanged from a preliminary agreement reached a month ago, when the two companies entered exclusive talks about a merger and sketched out broad outlines for the combined company.

The deal capped a long and sometimes turbulent sales process which began in the spring when Vivendi said it wanted to sell assets as part of an effort to reduce debt and place a greater focus on its telecommunications businesses. Other potential suitors included Viacom, Liberty Media Corp., Metro-Goldwyn-Mayer Inc. and Comcast Corp.

Vivendi is undoing a massive acquisition spree by former chief executive Jean-Marie Messier which nearly bankrupted the company. Vivendi still plans to sell other assets to further reduce its debt, including a stake in a water utilities company.

Universal Music Group, the largest music company, is not part of the deal and will be retained by Vivendi. Once the deal closes, Vivendi's other businesses will include Canal Plus, a European pay-TV and film studio company, and a 70 percent stake in Cegetel, France's No. 2 phone operator.

The combination requires regulatory approvals by U.S. and European Union regulators, but executives said they expected the deal to close in the first half of 2004.

Vivendi's U.S.-listed shares initially rallied Wednesday on the New York Stock Exchange, but fell back later in the day, trading down 8 cents at $19.13. GE's shares were off 51 cents at $30.22.