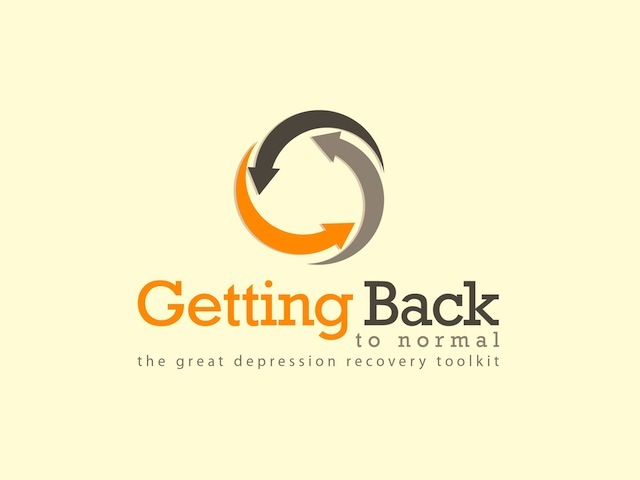 (MoneyWatch) COMMENTARY We've got a problem. Sky-high unemployment is having a crushing effect on Americans financially and psychologically. Millions of Americans are suffering from a Great Depression -- economically for sure, but also mentally. It is this generation's Great Depression and it's a vicious cycle -- the deeper you sink into depression the less likely you'll be to look for or get a job. If you are unemployed or know someone who is, my goal is to help you get back on your feet as quickly as possible.

Don't think unemployment and financial problems can have a psychological effect? A study by the Centers for Disease Control and Prevention finds that the suicide rate from 1928 to 2007 has risen and fallen in tandem with the business cycle.

"Economic problems can impact how people feel about themselves and their futures as well as their relationships with family and friends," the study's author, Feijun Luo, an economist in the CDC's Division of Violence Prevention, says in a statement. "Economic downturns can also disrupt entire communities. We know suicide is not caused by any one factor -- it is often a combination of many that lead to suicide."

So how can we help the millions who are struggling in silence? I've created the free resource Getting Back to Normal: The Great Depression Recovery Toolkit that is a powerful solution for those struggling. It is a four part series aimed at helping the millions of Americans who have been laid off and who are struggling to keep their heads above water financially and emotionally. The toolkit provides tips and advice from some of today's most influential experts in the following areas:

-- Mental: Bill O'Hanlon, a licensed counselor, author of nearly 30 books, and one of Oprah's experts

Here's an excerpt from my conversation with mental health expert Bill O'Hanlon.

Robert: Looking at the future can be very, very difficult for a lot of people when they're unemployed and in a ditch. And so, let's say I was your client, and I come to you, and I've been laid off (maybe it's been a year and a half), and I've tried everything, and I tell you, "Bill, you know what? I've tried everything. I'm at the end. I'm pretty hopeless. I don't think that my future is going to be better than my past. And I'm really, really depressed about that insight, that what I once had was great, and I just don't see myself having this better future. How can you help me Bill?"

Bill: One of the simple things I would do is say, "Let's imagine you've got a job. I know it seems unrealistic now and it may never happen, but let's imagine you've got a job. What else would change in your life?" And they'd say, "Well, I'd probably be feeling happier. I'd be looking people in the eyes. I'd be going out and exercising and running again, because I've been too depressed to run." And they'd give me a list of all the things that would happen once they got a job. You know, and not just financial things but emotional things and relational things -- that's mostly where we're focusing. I'd say, "Is there any part of that you can start to do voluntarily right away?" So, just getting them out of that rut of right now of not having a job, plus away from all the emotional, psychological, relational things that aren't going well that are part of being discouraged about not having a job. We want to get you, keep you in that mode so you're not dipping so deeply into that rut of depression or discouragement that you don't take care of yourself in other ways.

Listen to the full "Getting Back to Normal" Bill O'Hanlon Interview.