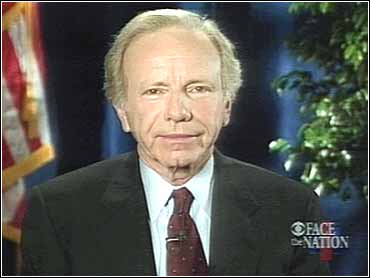 The reports filed with the Federal Election Commission reflected fund raising — and profile-raising — appearances around the country from January through June.

"Each of them is trying to signal people within their respective parties who actively promote and contribute and recruit and build campaigns," Kernell said. "Part of being credible is to be able to go to Iowa and have people go to the tarmac in Des Moines and greet you."

Sen. Joseph Lieberman of Connecticut, Democratic presidential candidate Al Gore's running mate, plans to speak at a Democratic dinner in New Hampshire in November. He has helped raise money for the Florida and Arizona Democratic parties this year and spoken at political and other events in Washington state, South Carolina, Texas, Indiana and Wisconsin.

"Having run for vice president, now he's become someone people want to have come to headline their events," campaign spokeswoman Sherry Brown said of Lieberman's trips, adding that it's too soon to talk about the next presidential election.

Lieberman, re-elected to his Senate seat in November, has collected just $1,000 for his Senate campaign fund so far this year, but reported it had $838,043 on hand. Much of that was left over from last year.

He has dedicated most of his fund raising to his political action committee — the Responsibility, Opportunity, Community PAC — holding fund-raisers in Florida, California, Texas, Massachusetts and New Jersey.

Massachusetts Sen. John Kerry's campaign contributed $5,000 to the New Hampshire Democratic Party, gave $250 to help sponsor a St. Patrick's Day parade in Manchester, N.H., and spent $200 to buy a ticket to a dinner held by the Democratic Party of Linn County, Iowa.

Kerry, who is up for re-election next year and is considering a presidential bid, has held fund-raisers for his Senate campaign in Massachusetts, California, New York City, Texas, Alabama, Minnesota, Illinois, Georgia, Florida and Washington, D.C.

Kerry's fund raising for fellow Democrats is "less a statement about John Kerry's ambitions for himself, and more testimony to what he wants to do for our party," Wade said.

Kerry reported raising nearly $2.2 million from January through June, and has $2.3 million on hand.

Like Lieberman, Gephardt uses a PAC to raise money for other Democrats. His Effective Government Committee has collected at least $247,566 so far this year and spent $207,375. It reported $62,274 on hand.

Sen. John Edwards, D-N.C., gave a speech at Iowa's Drake University and has held fund raisers in Florida and Chicago this year.

Edwards, up for re-election in 2004, is "not shutting the door" on a possible presidential bid, spokesman Mike Briggs said. His Senate campaign raised $615,360 so far this year, with $1.2 million on hand.

Republican Sen. John McCain of Arizona, who challenged then-Texas Gov. George W. Bush in last year's GOP presidential primaries but has been mum about his future political aspirations, raised more than $1.2 million this year for his Straight Talk America PAC.