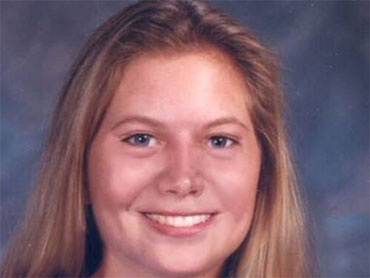 A 22-year-old woman missing more than 14 years has been found safe in California, and her mother is accused of abducting her.

Dean Click told police his daughter, Jessica Click-Hill, who was 8, vanished in Sept. 1995 from their home in Walnut Creek, Calif., near San Francisco. He said he believed she may have been taken by his wife at the time, Wendy Hill. A warrant was issued for Hill's arrest in 1996, but she disappeared. The FBI issued a second arrest warrant in 1997, for unlawful flight to avoid prosecution.

The National Center for Missing and Exploited Children contacted authorities eight months ago with a tip, saying Jessica and Hill might be in Monrovia, in Los Angeles County.

According to the San Jose Mercury News, the FBI and Walnut Grove police tracked Hill down and arrested her, then found Jessica elsewhere. Hill was booked Thursday into the County Jail in Martinez, Calif. She has made bail.

The FBI didn't tell the newspaper whether Jessica lives alone or if she sees herself as an abduction victim.

Click says he hasn't been able to talk to Jessica yet, but, "I've looked forward to this moment. The good news is that Jessica is alive and well and we have found her, and yet I have not been able to speak with her. She's an adult now, she's 22 years old. And she has a right to privacy. So, even the Walnut Creek (police) cannot give me her address and phone number.

"The other part," Click told "Early Show Saturday Edition" co-anchor Erica Hill, "a flip side of that, though, I that I've given them all my contact information, my work phone, our address, all the phones, are being forwarded to Jessica. And she is in a position to call me if she would like to. And I would welcome that conversation in a heartbeat. The other thing I can do, I've been told, is to write a letter, like a love letter, saying what I want to say to Jessica."

What would he say to Jessica if he could contact her?

"What I would say is to Jessica today is that I have missed her so much and I still love her so much, and it's so great that we have this opportunity to continue with our lives. A void of 14 years cannot be refilled. That gap can't be brought back and refilled. And yet, today is a good day to start a new life and a new communication.

"There's a whole side of her life that she hasn't seen, the paternal side, my side. We have a whole group of -- I have a brother, Jessica has cousins - a whole family waiting to see and talk to her and reestablish that connection with her.

" … I would say to Jessica I love you, I have missed you terribly. I've thought about you and prayed for you over the last 14 years, and it is time to get together again, it's time that she learned the truth about me, whatever she's been told about me, and it's time to really get to know each other even though we've had such a gap in time."

Walnut Creek Police Capt. Tim Schultz told Erica Hill that Wendy Hill had been able to elude the law all this time by using "an a-k-a (also-known-as). She used her mother's name. And we think she was in several states. We're at number five right now over the course of the 15 years."