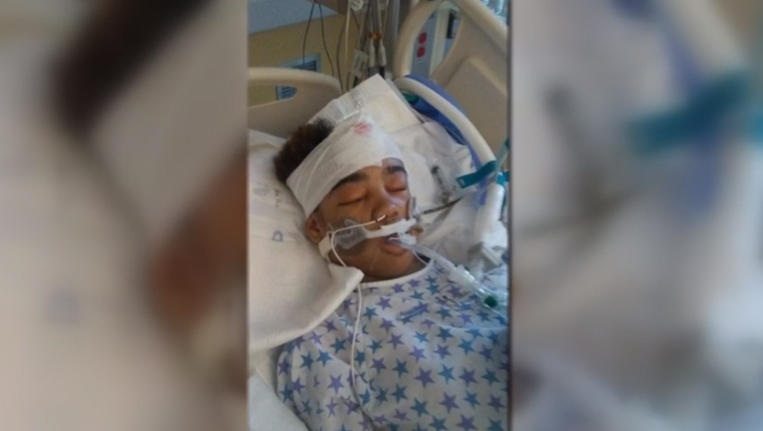 MILWAUKEE -- The body of a 14-year-old girl remains in the Milwaukee County morgue nearly two months after she died because of a dispute between her mother, who is charged in her death, and her father in Texas.

Amina Krouser's mother, Azlyza Ababneh, is charged with abusing and neglecting her daughter, resulting in her death. She's opposed to a request by the girl's father, Michael Krouser, to have his daughter's body cremated and sent to him in San Antonio, Texas. She wants the girl's remains buried, reports CBS affiliate WDJT.

Milwaukee County prosecutor Matthew Torbenson told the Milwaukee Journal Sentinel that because Ababneh is not charged with homicide, she retains the right to determine how her daughter's remains should be handled. Amina Krouser died in the hospital Dec. 10.

"This case presents a hole in the law," Torbenson said.

The Milwaukee County District Attorney's Office told the station they hope lawmakers will amend the legislation to include neglect resulting in death, along with homicide, among the charges that would legally remove a defendant's right to decide what happens to their child's remains when the child is the victim.

The medical examiner's office said if a decision cannot be made on how to handle the body, the girl will likely be buried in an unmarked grave with no funeral service, the station reports.

Ababneh, who is in jail, is charged with child neglect resulting in death, child abuse-intentionally causing harm and three counts of misdemeanor child neglect. Her defense attorney has entered not-guilty pleas on Ababneh's behalf. Her jury trial is scheduled in June.

According to a criminal complaint, Amina Krouser and her two siblings lived with their mother in a house with no heat or running water. The teen became ill with cold-like symptoms Nov. 26, and her condition worsened over the next four days. Ababneh said the girl was walking slowly, wasn't talking normally and was slow to respond. She eventually did not know her name and lost control of her bladder.

Ababneh believed her daughter was being lazy and beat her with a belt and with a plastic pipe, according to the complaint and the medical examiner's report. She took her daughter to the hospital three days later, in early December, when she fell unconscious.

Doctors there discovered the girl had an infection that had spread to her brain, and they wanted to perform emergency surgery, but Ababneh refused to give them permission, the complaint said. Doctors operated anyway but were unable to save the teen.

"Just lying there not moving," Michael Krouser, the girl's father, told WDJT daughter's last moments. "I wanted to make her smile. I was trying to wake her up, 'Can you hear me?' but nothing."

Krouser told the station he lives in San Antonio and hadn't seen the girl in 10 years before her death.

"Amina suffered enough in life," said Susan Conwell, the organization's executive director. "As a community, we need to do our best to preserve her dignity in death."

A probate hearing is scheduled Friday on appointing a special administrator to make a decision about releasing the girl's body.