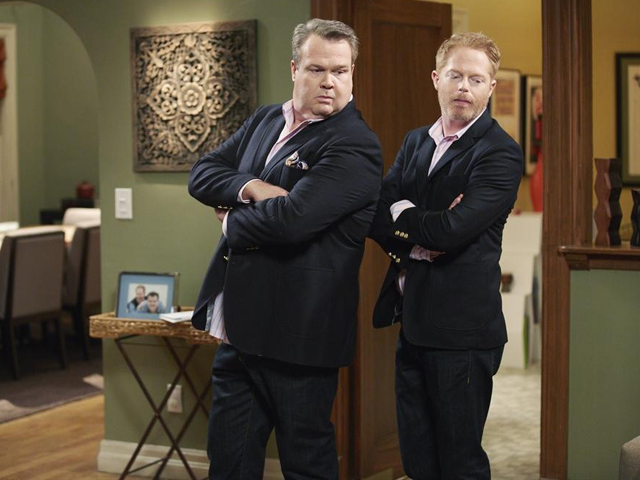 LOS ANGELES Fewer gay and bisexual characters are part of the new broadcast TV season following a record-setting year, while cable depictions continued to increase, according to a new study from a media advocacy group.

GLAAD's 18th annual "Where We Are on TV" report released Friday says 3.3 percent of 796 regularly appearing characters on prime-time broadcast dramas and comedies are lesbian, gay, bisexual or transgender.

Numbers are one thing, content is another, said GLAAD spokesman Wilson Cruz.

"Last season was a stellar one when it comes to the sheer number of gay, lesbian and bisexual representations on television, though diversity within those storylines showed room for improvement," Cruz said in a release.

Despite the decline this season, characters such as an interracial lesbian couple raising their children on ABC Family's "The Fosters" have "not only moved the conversation about LGBT people forward" but are popular with viewers, he said.

There are 46 LGBT regular and recurring characters on broadcast, with half of them women and 28 percent ethnic minorities, GLAAD said. One transgender character, Unique, is on Fox's "Glee."

Two networks, ABC and Fox, showed increases this year and had the highest proportions of LGBT characters with 5.4 percent each, the study found. The CW's 3 percent put it in third place, followed by CBS with 1.9 percent and NBC with 1 percent.

On cable, scripted programs include 42 regularly seen LGBT characters, up from last season's 35.

HBO has the most LGBT characters with 11, followed by Showtime with eight.

Looking more broadly at broadcast TV diversity, the GLAAD study found a small decline in the percentage of female characters to 43 percent from 45 percent. Minority characters remained at 23 percent, with 1 percent of regular characters having a disability.