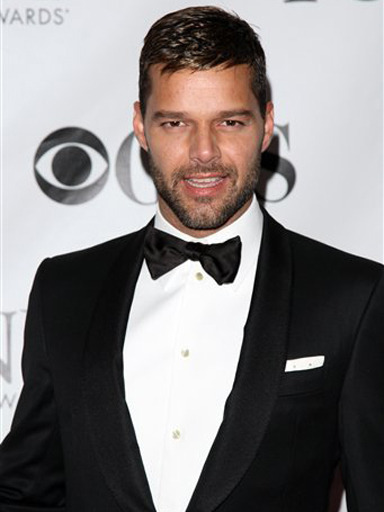 Singer Ricky Martin will receive the Vito Russo Award at GLAAD's 22nd annual Media Awards on March 19 at the Marriott Marquis in New York, the organization announced on Wednesday. The award is given to a LGBT media professional who made a significant difference in promoting equal rights.

Martin, 39, announced his sexuality on his official website last March. "I am proud to say that I am a fortunate homosexual man," the singer said. "I am very blessed to be who I am."

Martin had battled rumors of his sexuality since 1999, when he became a breakout sensation in the U.S. for his smash hit "Livin' La Vida Loca." Martin's announcement was called "a game changer for many gay and transgendered Latino children" by GLAAD President Jarrett Barrios.

Singer and actress Chenoweth, 42, will receive the Vanguard Award at the event at the Westin Bonaventure in Los Angeles on April 10. This award is given for increasing the visibility and understanding of the LGBT community.