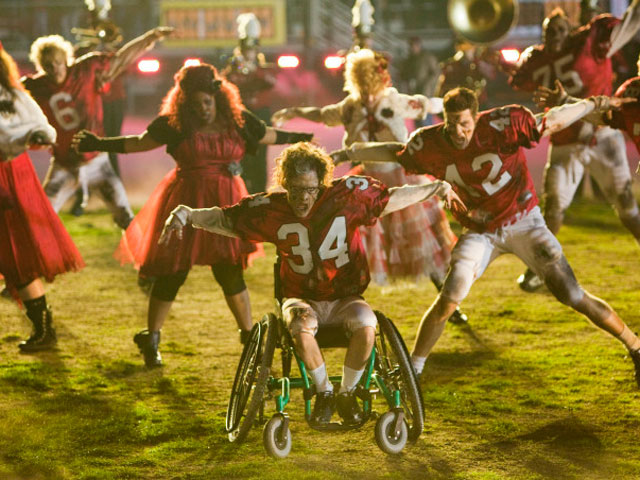 "Glee" pulled in high ratings in the post-game slot. The episode was watched by 26.8 million people after the Packers-Steelers matchup, making it the top scripted telecast in three years, according to The Hollywood Reporter.

PICTURES: Stars at the Super Bowl

Those numbers make it the best-performing "Glee" episode to date in both categories.

The episode featured an opening routine to Katy Perry's "California Gurls" and led up to a mashup of Michael Jackson's "Thriller" and the Yeah Yeah Yeah's "Heads Will Roll" at a football halftime show, complete with zombie makeup.

The Super Bowl itself set a new ratings record for American television viewing. The Nielsen Co. said Monday that an estimated 111 million people watched the Green Bay Packers beat the Pittsburgh Steelers. That tops the 106.5 million who watched the 2010 game between New Orleans Saints and Indianapolis Colts.