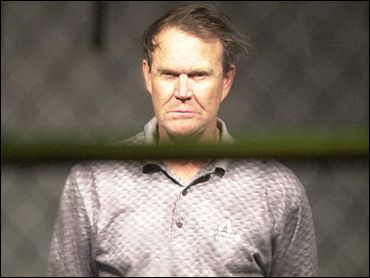 Country singer Glen Campbell is facing one felony charge and three misdemeanor charges stemming from a hit-and-run accident near his Phoenix home.

A formal complaint charges Campbell with aggravated assault, which is a felony. He's also charged with misdemeanor counts of extreme DUI, DUI and leaving the scene of an accident.

Campbell, whose hits include "Rhinestone Cowboy," "Wichita Lineman" and "Gentle On My Mind" was arrested Nov. 24. He was taken into custody after a collision at an intersection near his home. Nobody was hurt in the accident.

Breath tests showed Campbell had a blood-alcohol level of 0.20, according to court documents. The legal limit is 0.08 percent.

While in custody, Campbell allegedly struck a police officer with his knee. The officer was not injured.

Campbell, who is free on bail, has blamed the mixing of booze and prescription medicine for his arrest. He has apologized to his family, friends and fans. He has no prior convictions.

In an interview with The Arizona Republic after the arrest, the singer apologized for his behavior.

"I fell off the wagon," he told the Arizona paper. "I think that old wagon, if I fall off it again, it'll run me right over."

The Grammy-winning singer has said previously he decided to quit using alcohol and drugs.

"I've fallen off the wagon before, but not to the point where I was somewhere else," he told the paper.

Campbell told the Arizona Republic the pictures of him looking disheveled and disoriented at the jail are "definitely not" how he pictures himself.