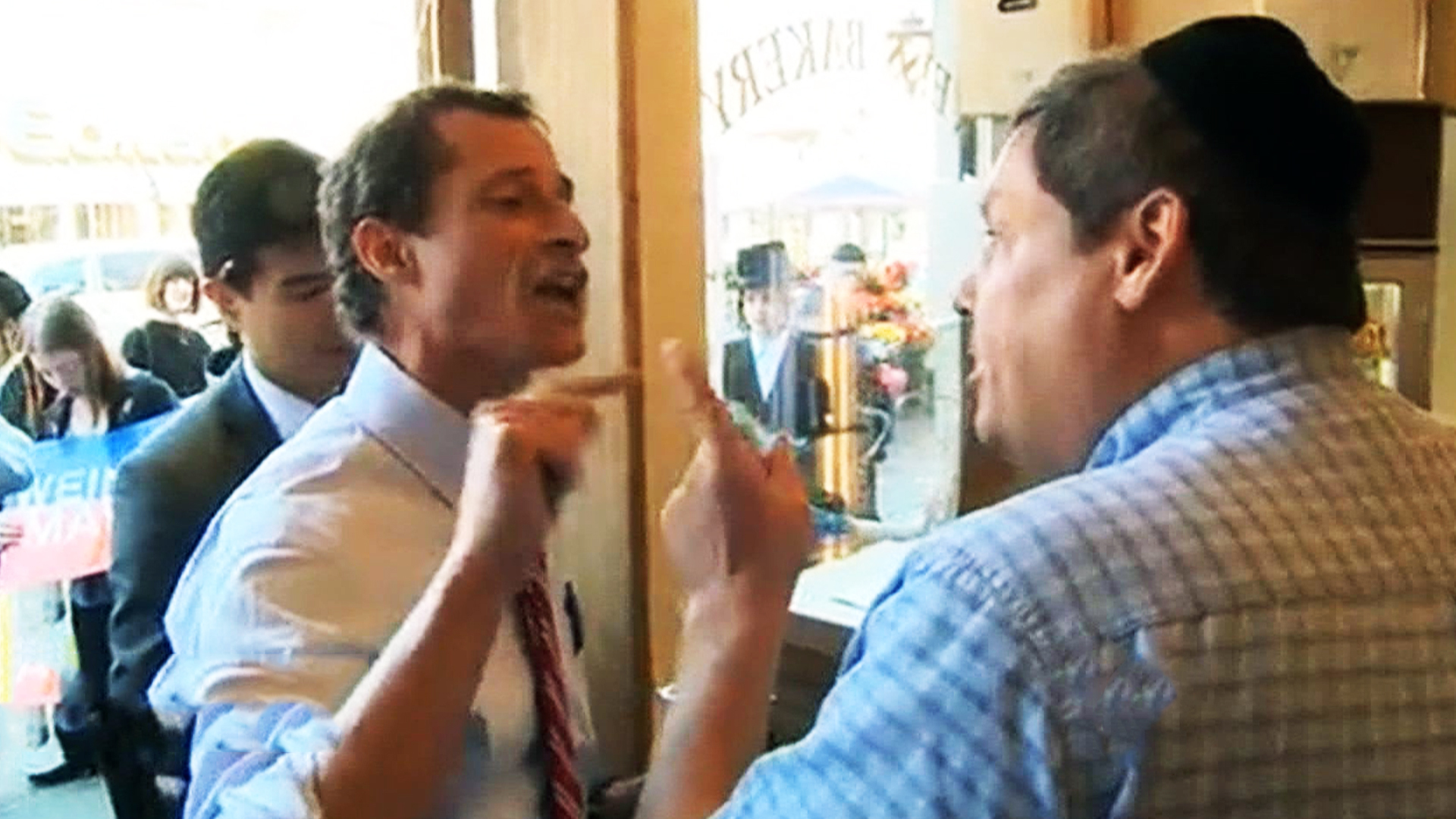 Vice President Joe Biden congratulated the wrong man on being elected mayor of Boston and college football star Manti Te'o publicly mourned the death of a girlfriend who never was.

While U.S. headlines in 2013 were dominated by the Boston Marathon bombs, Edward Snowden leaking government secrets, and the disastrous rollout of President Barack Obama's healthcare reform law, the news also brought plenty to laugh about.

In the category of "Politicians Behaving Badly," former Congressman Anthony Weiner's campaign to become mayor of New York City tanked when news broke that the Democrat, who resigned from Congress in 2011 after a sexting scandal, was at it again - this time using the name "Carlos Danger." The X-rated déjà vu inspired a play called "The Weiner Monologues.

On the West Coast, San Diego Mayor Bob Filner made the headlines with what came to be known as the "Filner Headlock." After asking a woman for a date, he came up behind her and wrapped one arm around her in an embrace that was more World Wrestling Entertainment than Kama Sutra. Sexual harassment accusations followed - from nearly 20 other women, resulting in Filner's resigning, getting sued and being sentenced to home confinement.

"Congratulations, Marty, you son of a gun. You did it!" he heard the voice of the U.S. vice president shout gleefully, before he realized his mistake.

In October, the federal government shutdown led to some strange stories, including the blackout of the wildly popular online Giant Panda Cam at the National Zoo in Washington and the furloughing of poison ivy-eating goats in New Jersey and New York.

Months later, the fumbled launch of Healthcare.gov whipped up a search for the "Obamacare Girl," who was re-named "Glitch Girl" after her smiling face remained frozen on the home page that frustrated millions of computer users.

In the sports world, former Notre Dame linebacker Manti Te'o put a new twist on the old adage that it  is better to have loved and lost than never to have loved at all. Romantics were drawn to the tale of his devotion to Lennay Kekua and her tragic death from cancer - until her very existence was exposed as a fraud. The snarky Twittersphere was flooded with photos of people "Te'oing" - hugging empty chairs or puckering up in an otherwise empty room.

Broken hearts were mended after a New Jersey commercial fisherman lost $12,000 in cash he had saved to buy an engagement ring. His backpack had a faulty zipper and the money fell out as he rode his motorcycle to the docks. Much of the loose cash was scooped up, but after the story came out, good Samaritans returned it to him.

Elsewhere on the Jersey Shore, Wildwood officials banned saggy pants on the boardwalk, pressing their crusade for decency with the threat of a $200 fine for pants that sag more than three inches below the waist. To those who invoked their right to wear low-slung pants, Mayor Ernie Troiano Jr. said: "I have a right not to look at your rear end.

Animals acting up got their share of attention in 2013. A foul-mouthed Rhode Island cockatoo landed its owner in trouble by cursing at a next-door neighbor, who happened to be the girlfriend of the owner's ex-husband. The City of Warwick initially slapped the woman with a $15 fine for the bird's salty language, but eventually dropped the case.

In Colorado, a man on his way to his brother's wedding 600 miles away in Utah was arrested for being drunk while riding his horse. He had a small dog in his backpack.

As the year drew to a close, an African flamingo that had been on the lam for eight years after escaping from a zoo in Wichita, Kansas, was spotted this month cavorting with a companion in the Gulf of Mexico off the Texas coast. Flamingos pair up for life, but the gender of these two birds was unknown, a zoo official said.