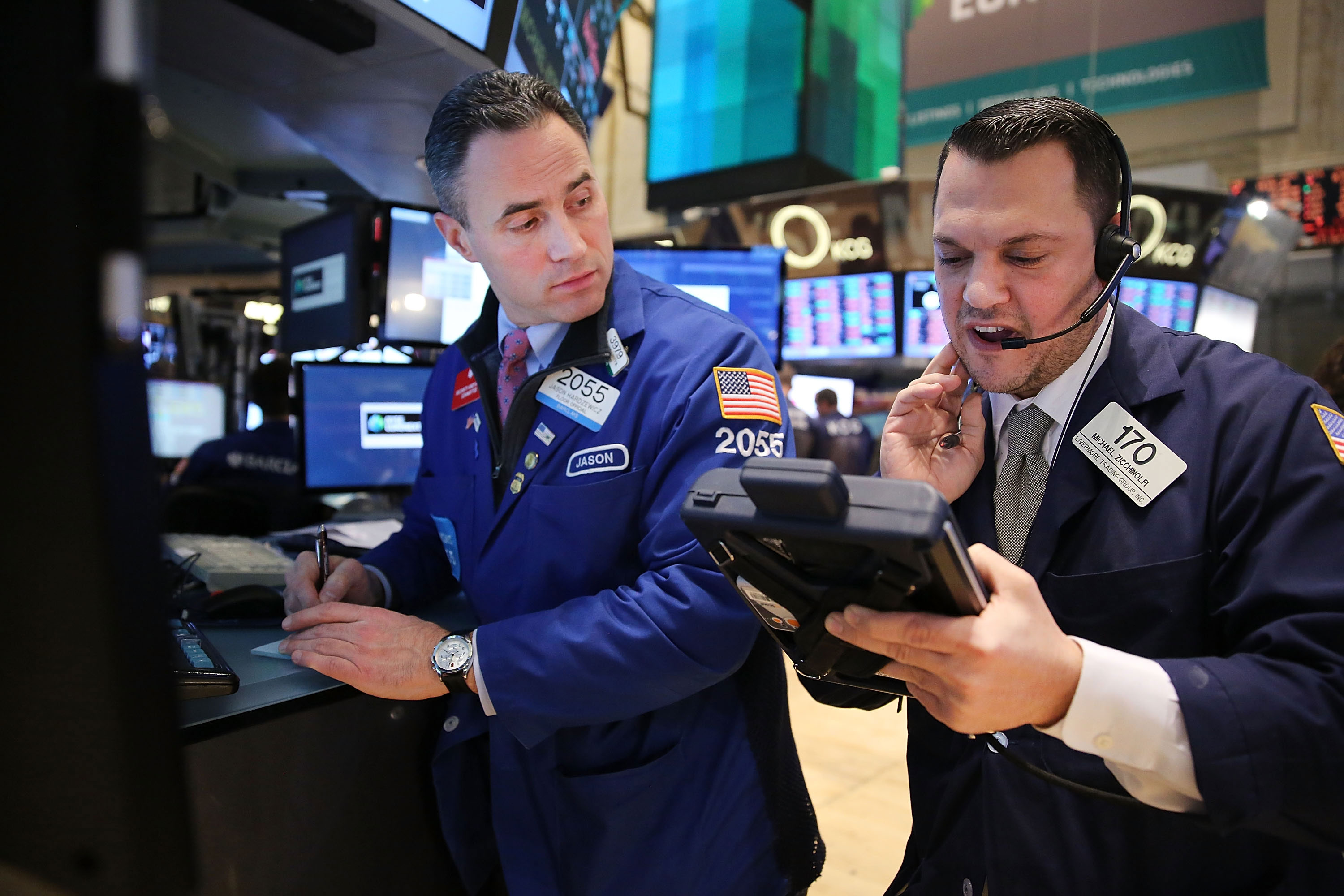 The decline adds to losses racked up by the market in January. The S&P 500 fell 3.6 percent last month, for example, its worst first month of the year since 2009. The Dow is down roughly 7 percent this year.

A report Monday showed that U.S. manufacturing barely expanded last month. The Institute for Supply Management, a trade group of purchasing managers, said Monday that its index of manufacturing activity fell to 51.3 in January from 56.5 in the previous month. That's the lowest reading since May.

Jim O'Sullivan, chief U.S. economist with High Frequency Economics, said the latest manufacturing numbers were a surprise and "much weaker" than expected, while noting that the unusually cold weather in January may have depressed economic activity.

"The sudden drop looks at odds with the regional data that were released, and is a bit puzzling," he said. "The text of the report suggested possible weather effects, which would be consistent with the only component rising being supplier deliveries."

Driven by robust consumer spending, the U.S. economy grew at an annualized rate of 3.2 percent from October to December, following 4.1 percent growth in the previous quarter. That healthy performance has led most economists to predict a pick-up in economic activity in 2014.

Fresh signs of weakness in China's manufacturing sector added to lingering worries about developing economies. Analysts with Capital Economics said in a research note that "available evidence points to a continued economic slowdown" in China in early 2014.

The rout in financial markets could get worse, some analysts think. Recent economic turmoil in Argentina, Turkey and other emerging markets risks spinning out of control. Although countries like India and South Africa have raised their interest rates in a bid to discourage investors from withdrawing money and keep a lid on inflation, that could slow economic growth.

But if emerging market countries opt against raising rates, they face a devaluation in their currencies and a hike in inflation, sapping consumers' purchasing power.

David Lubin, an analyst with Citi Research, said in a note to clients last week that "it is difficult to call an end to currency adjustment in [emerging markets]. The growth model, once so reliable and impressive, is in flux."

A five-year run-up in the value of stocks has also spurred talk of a correction, according to some investors.

Other analysts are more sanguine about the recent weakness in stocks. Mark Luschini, chief investment strategist with brokerage Janney Montgomery Scott, called today's sell-off a "natural, even healthy corrective phase" in equity markets. For now, he said, turbulence overseas remains contained in smaller emerging economies and are not spilling over to China or the euro zone.

But signs of slowing global growth will focus investor scrutiny on how the U.S. economy is faring, Luschini said. The U.S. Department of Labor will release its January employment report on Friday.