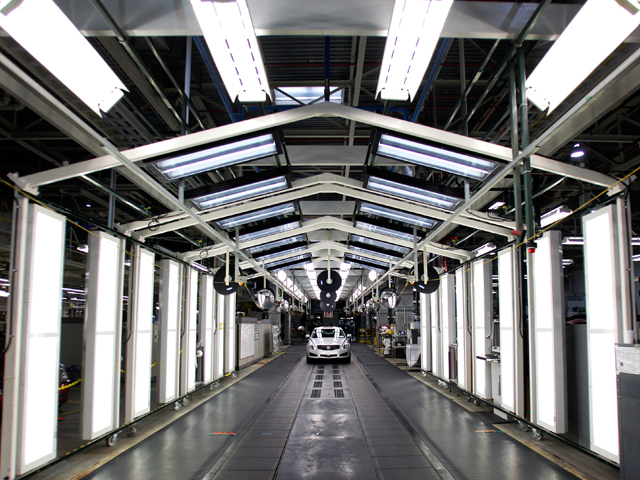 (AP) NEW YORK - Manufacturing is weakening around the globe, a trend that is weighing on U.S. growth just as the presidential campaign enters its final stretch.

U.S. factory activity shrank for a third straight month in August, according to a survey by the Institute for Supply Management released Tuesday.

Manufacturing has slumped as American businesses have scaled back demand for machinery, equipment and other investments. It's also contracting in just about every major economy overseas, including the 17 countries that use the euro, plus Britain, China, Japan and Brazil. In China, factory activity fell last month to its lowest level in more than three years.

Less factory production in the United States and abroad has sapped a critical source of growth and jobs in the three years since the recession ended. That trend will likely keep growth and hiring tepid through the November elections.

Weakness in manufacturing may also help persuade the Federal Reserve to announce some new action after its meeting next week to try to boost growth.

"The manufacturing recovery is at least temporarily out of steam," Nigel Gault, chief U.S. economist at IHS Global Insight, said.

An index of manufacturing activity fell slightly to 49.6 last month, down from 49.8 in July, the ISM survey said. That's the lowest level in three years. And it's the first time the index has stayed below 50 for three straight months since July 2009, a month after the recession officially ended.

A reading below 50 indicates contraction in the sector. But the index typically must fall to about 43 to indicate that the overall economy is in recession, according to the ISM.

Paul Dales, senior U.S. economist at Capital Economics, said the latest survey suggests the economy is growing at an annual rate between 1.5 percent and 2 percent in the July-September quarter. Growth at or below 2 percent isn't enough to significantly lower the unemployment rate, which was 8.3 percent in July.

The U.S. government will issue the August employment report on Friday.

The economy is the top issue for most voters in this year's election. As Democrats gather in Charlotte this week to re-nominate President Barack Obama, polls show that most Americans regard Republican nominee Mitt Romney as better able to handle the U.S. economy.

In accepting the GOP nomination last week, Romney promised to deliver 12 million new jobs if he's elected, or 250,000 a month during his first term in office.

Economists expect the August employment report to show that employers added 135,000 jobs, while the unemployment rate remained stuck at 8.3 percent.

The ISM survey found that manufacturers kept adding jobs in August but at a sluggish pace. It also showed new orders fell to the lowest level since April 2009. Inventories rose sharply. Rising stockpiles and falling orders are a bad combination because it means factories will likely cut production to keep stockpiles from getting too high. That could hold back economic growth.

U.S. companies say they are receiving fewer orders from overseas. Europe's financial crisis has brought the region's economy to the brink of recession. Growth has also slowed in large developing nations including China, India and Brazil.

About one-fifth of U.S. exports go to Europe. An additional 7 percent of exports are shipped to China. Export orders ticked up slightly last month but still contracted for the third straight month, the ISM survey found.

Jim O'Sullivan, chief U.S. economist at High Frequency Economics, forecasts that exports will be flat in the July-September quarter. That would be down from 6 percent growth in the second quarter.

Companies don't know how bad Europe's crisis will be. And they also are worried about tax increases and deep spending cuts that are set to take place at the start of next year if Congress doesn't reach a budget agreement.

There is another potential problem: U.S. manufacturers said they are facing rising prices for raw materials, including oil, steel and corn. Corn prices are rising sharply due to the drought in the Midwest.

The weakness in manufacturing comes even as automakers, a big driver of growth all year, are still reporting strong gains. A big increase in pickup truck sales last month pushed U.S. new car sales to one of the strongest months of the year.

The economy grew at an annual rate of just 1.7 percent in the April-June quarter, down from growth of 2 percent in the January-March period. Most economists don't expect growth to be much stronger than 2 percent for the rest of the year.

Chairman Ben Bernanke last Friday said the Federal Reserve will do more to help the still-struggling U.S. economy. He stopped short of committing the Fed to any specific move.

Some economists predict the Fed will announce a third round of bond purchases after it meets on Sept. 12-13. The purchases are meant to lower long-term interest rates and encourage more borrowing and spending.