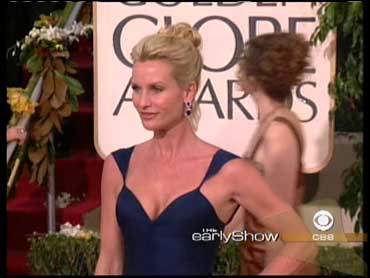 Many people tuned in to the Golden Globe awards to see who took home the statue. Plenty of others were a lot more interested in seeing who was wearing what on the red carpet.

Among those who had their eyes peeled for the biggest fashion hits and misses were The Early Show's fashion expert, David Evangelista, and Glamour magazine's fashion editor-at-large, Suze Yalof Schwartz.

Plunging necklines were a big theme on the red carpet — in fact, four out of the five "Desperate Housewives" sported them. What's behind the theme?

"The theme is, if you've got it, flaunt it," said Yalof Schwartz. "A lot of people do. It looks very sexy. Felicity Huffman looks amazing. Marcia Cross is looking absolutely gorgeous."

"She was my No. 1 pick. For the first time, I thought she had the hair, makeup and dress completely right," said Yalof Schwartz.

"To me, she has that Nicole Kidman-esque type of stance," he said. "I thought the dress fit her well. The color was great. It wasn't amazing, but she looked really regal in it. It spoke to me. The hair and makeup were right on, also. She really hit it."

Reese Witherspoon is another actress who always looks great on the red carpet. She wore the same dress worn to the Golden Globes in 2003 by Kirsten Dunst.

"It's the same dress, totally," said Evangelista. "I was getting all these calls last night saying that dress was worn in 2003, but maybe it's a new trend: wearing dresses from two years ago, I don't know."

"If it was going to be one of those tabloid magazines, I would have to vote for Reese. She looked incredible," said Yalof Schwartz.

The dress was vintage Chanel. Evangelista says Chanel was a big winner at this year's awards show.

Another big theme on the red carpet was white. Keira Knightly was a vision of beauty in a strapless white dress by Valentino.

"She was my No. 1 pick in the vintage Valentino," Yalof Schwartz said.

Does this mean white is the hot color for spring and summer?

"White is where it's at," according to Evangelista. "You see white and beige are really, really big for this spring. It's exciting to see. It's somewhat of a hard color to wear, especially in a gown. Last night, I think it was nice to see it, especially Gwyneth Paltrow. I loved Gwyneth Paltrow.

"I'm sorry. I think she looks ethereal, glowing. It's where fashion is at right now. It's all about lace. I like it. I like it a lot. I think it's very nice." He also called the pregnant Paltrow a "hot mama."

The experts were least impressed with the styles sported by Geena Davis and Mariah Carey.

Of Davis, Evangelista said, "The dress is a little aging on her. It's not flattering at all. I don't know. It doesn't speak to me at all. I thought she could look a lot better."

As for Carey, "I love Mariah, biggest album of the year. But, girlfriend, it looked like a wine bottle opener. I don't know. It was crazy. And it was Carl Lagerfeld. I don't know," Evangelista said.

Drew Barrymore wore a green dress without a bra.

"I think undergarments are optional. I would have worn an undergarment with that. The color is great on her. I think Suze will agree with me," said Evangelista.

"That was one of the chicest dresses from Gucci on the runway this season," said Yalof Schwartz. "She needed to wear an underpinning. She looks pretty, but definitely needed an underpinning,"

When it came to hairstyles of the stars, a lot of women such as Mary Louise Parker and Maria Bello had flowers in their hair. Headbands were big too. 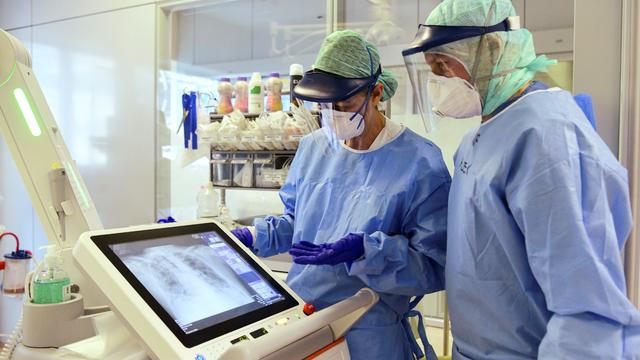