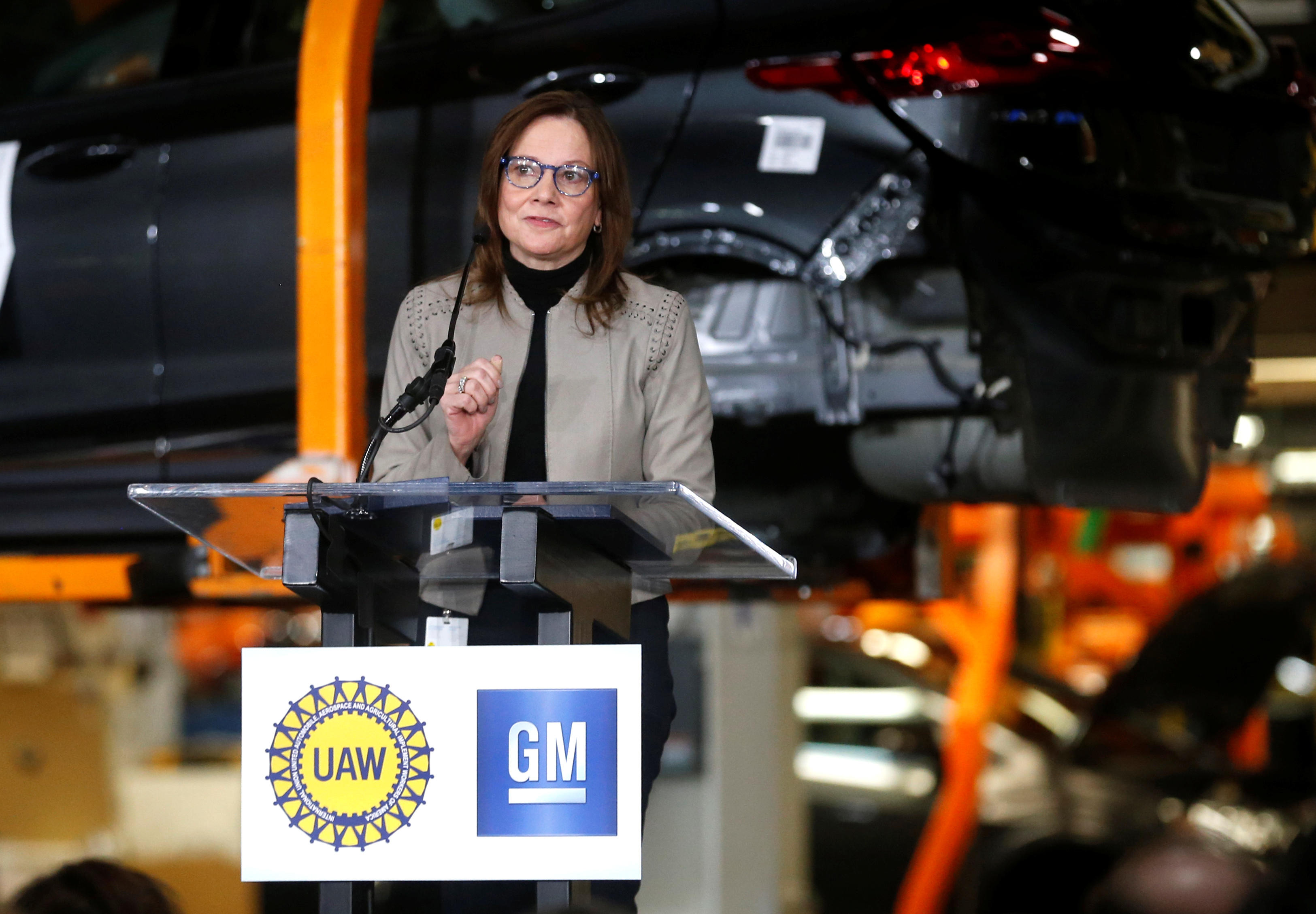 General Motors is announcing plans to add 400 jobs and build a new electric vehicle at a factory north of Detroit. The $300 million investment comes less than a week after a series of critical tweets from President Donald Trump over the closure of GM's Lordstown, Ohio factory.

The company says the investment in its Orion Township, Michigan plant will enable the factory to manufacture a Chevrolet vehicle based on the battery-powered Bolt.

GM wouldn't say when the new workers will start or when the new vehicle will go on sale, nor would it say if the workers will be new hires or come from a pool of laid-off workers from the planned closings of four U.S. factories by January. Mr. Trump last weekend publicly aired his discontent over the Lordstown factory's closure, issuing a series of tweets that urged the automaker to either sell or reopen the plant.

GM CEO Mary Barra said in a statement that the company "will continue to invest in our U.S. operations where we see opportunities for growth."

The company also announced plans Friday to spend about another $1.4 billion at U.S. factories with 300 more jobs but did not release a time frame or details.

The moves come after last weekend's string of venomous tweets by President Donald Trump condemning GM for shutting its small-car factory in Lordstown, Ohio, east of Cleveland. During the weekend, Trump demanded that GM reopen the plant or sell it, criticized the local union leader and expressed frustration with CEO Mary Barra.

GM spokesman Dan Flores said the investment has been in the works for weeks. Indeed, GM has said it planned to build more vehicles off the underpinnings of the Bolt, which can go an estimated 238 miles on a single electric charge. The company has promised to introduce 20 new all-electric vehicles globally by 2023.

In November, GM announced plans to shut the four U.S. factories and one in Canada. About 3,300 workers in the U.S. would lose their jobs, as well as 2,600 in Canada. Another 8,000 white-collar workers were targeted for layoff. The company said the moves are necessary to stay financially healthy as GM faces large capital expenditures to shift to electric and autonomous vehicles.

Plants slated for closure include Lordstown; Detroit-Hamtramck, Michigan; Warren, Michigan; White Marsh, Maryland, near Baltimore and Oshawa, Ontario near Toronto. The factories largely make cars or components for them, and cars aren't selling well these days with a dramatic consumer shift to trucks and SUVs. With the closures, GM is canceling multiple car models due to slumping sales, including the Chevrolet Volt plug-in gas-electric hybrid.

GM has said it can place about 2,700 of the laid-off U.S. workers at other factories, but it's unclear how many will uproot and take those positions. More than 1,100 have already transferred, and others are retiring.

"Right now, we're focused on the people of Lordstown, making sure they have opportunities because we do have jobs," Barra told reporters following Friday's announcement. "We want every single person in Lordstown to stay within the GM family, and that's what we're working on."

The United Auto Workers has sued GM over the closings, which still must be negotiated with the union.

"I will not spoil a great occasion here today. But there is hardship amongst four of our locations. And we've made it clear that we disagree with that," UAW Vice President Terry Dittes said.

Trump's latest GM tweet on Monday said GM should: "Close a plant in China or Mexico, where you invested so heavily pre-Trump," and "Bring jobs home!"

"I understand a lot of the angst that people are feeling, and I feel it, too," Michigan Gov. Gretchen Whitmer said Friday. "And I want to make sure that GM knows that their investment here in Michigan is encouraged and welcomed and appreciated. And we're going to keep doing that."

Ohio and the area around the Lordstown plant are important to Trump's 2020 re-election bid. The state helped push him to victory in 2016, and Trump has focused on Lordstown, seldom mentioning the other U.S. factories that GM is slated to close.

"General Motors is committed to supporting U.S. manufacturing, including the great states of Ohio and Michigan," said Barra, who maintains that she sees no further layoffs or plant closures through the end of 2020.