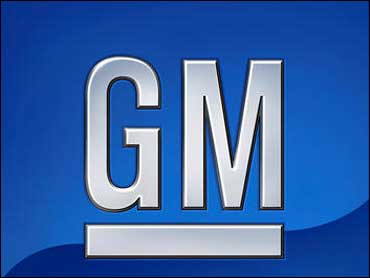 GM said the joint venture will use two existing factories affiliated with FAW and have a capacity of over 100,000 vehicles. That is expected to double by the end of 2010, GM China Group President Kevin Wale told reporters in a conference call.

Plans call for building a new assembly plant in Harbin, he said.

China is a key growth market for GM, which is expanding here despite its difficulties in the U.S. market.

"Light trucks and vans have a significant role in China and other parts of the world," Wale said. "Adding trucks rounds out our vehicle portfolio in China. It's really a key focus for future growth."

The 50-50 joint venture, based in the northeastern Chinese city of Changchun, where FAW is also based, will make FAW-branded vehicles for the Chinese market, GM said in a statement. The venture might make GM-branded vehicles for export later, but the focus for now is on meeting demand in China, Wale said.

Production will be at the existing factories in southwestern China's Yunnan province, a facility owned by FAW-affiliate Hongta Yunnan Automobile Manufacturing Co. Ltd., and at Harbin Light Vehicle Co. Ltd. in the northeastern city of Harbin, GM said.

It said the two companies will conduct research and development, exports and after-sales support as well as vehicle production.

"Our new joint venture combines the expertise of two industry leaders in a partnership that benefits both," Nick Reilly, GM executive vice president, said in a statement.

"It will address demand in China and other markets for high-quality, affordable products in one of the industry's most robust segments, while complementing the portfolio of products that GM and FAW currently offer," Reilly said.

Discussions on the venture began in early 2007 and it obtained regulatory approval in July, GM said.

FAW, originally known as First Auto Works, was founded in 1953 and began production in 1956. It sold 1.53 million vehicles, including sedans, vans and trucks, in 2008.

GM's sales in China jumped 38 percent in the first half of this year, helped by strong demand for its minivans and other small vehicles. The automaker sold more than 100,000 vehicles a month in China from January to June for a total of 814,442, a record for any half year, the company said. That compares with sales of 1,094,561 GM vehicles in China for all of 2008.

Adding truck production will help expand the company's exposure in one of the few major markets that continues to grow.

He said he expected GM's commercial vehicle sales to reach 80,000 to 90,000 this year and to rise further next year.