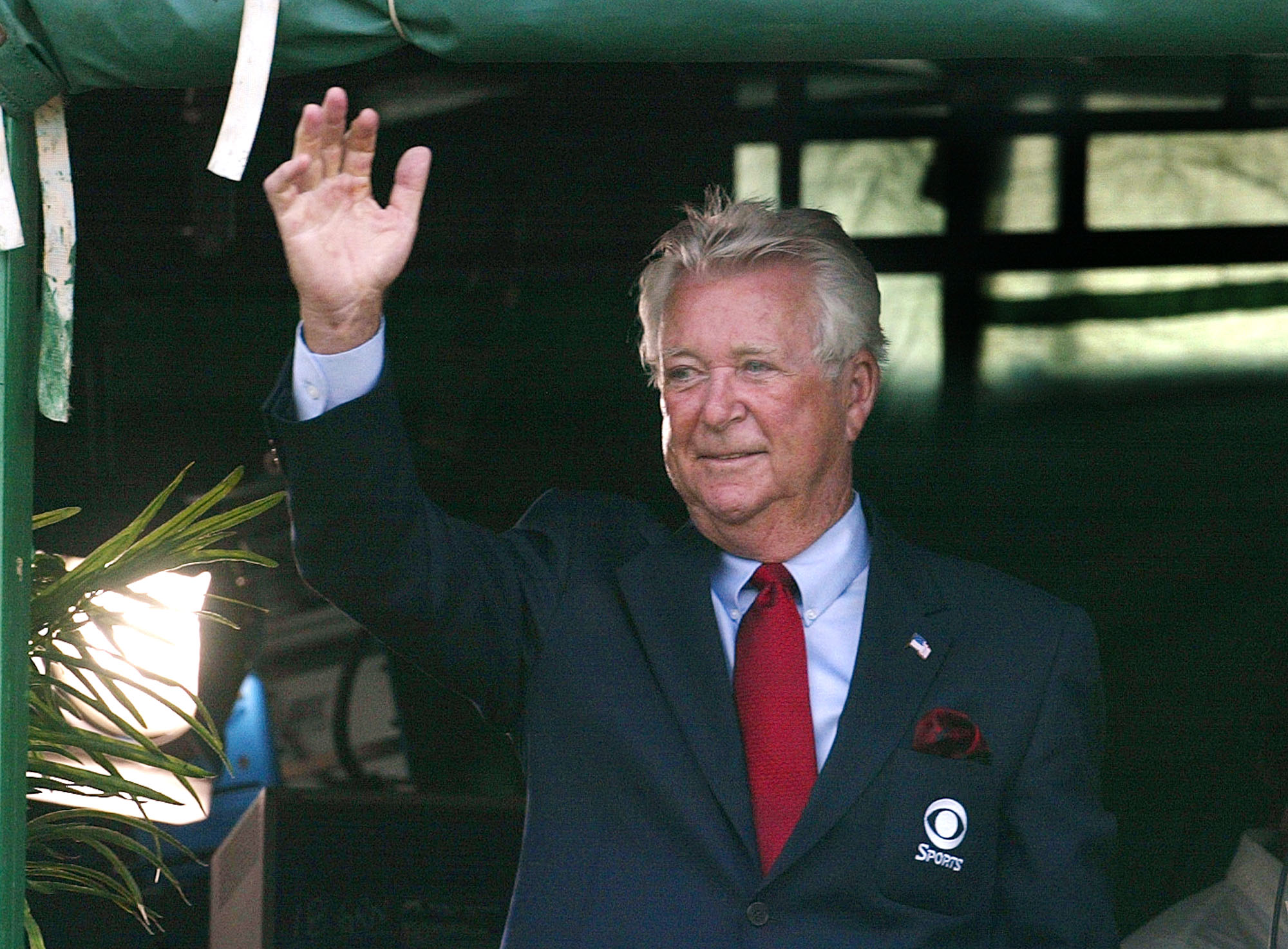 Ken Venturi, who overcame dehydration to win the 1964 U.S. Open and spent 35 years in the booth for CBS Sports, died Friday afternoon. He was 82.

His son, Matt Venturi, said he died in a hospital in Rancho Mirage, Calif. Venturi had been hospitalized the last two months for a spinal infection, pneumonia, and then an intestinal infection that he could no longer fight.

Venturi died 12 days after he was inducted into the World Golf Hall of Fame.

He couldn't make it to the induction. His sons, Matt and Tim, accepted on his behalf after an emotional tribute by Jim Nantz, who worked alongside Venturi at CBS.

"When dad did receive the election into the Hall of Fame, he had a twinkle in his eye, and that twinkle is there every day," Tim Venturi said that night.

Venturi was all about overcoming the odds.

A prominent amateur who grew up in San Francisco, he captured his only major in the 1964 U.S. Open at Congressional, the last year the final round was 36 holes. In oppressive heat, Venturi showed signs of dehydration and a doctor recommended he stop playing because it could be fatal. Venturi pressed on to the finish, closed with a 70 and was heard to say, "My God, I've won the U.S. Open."

He had a severe stuttering problem as a child, yet went on to become one of the familiar voices in golf broadcasting. He began working for CBS in 1968 and lasted 35 years.

"Doctors told his mother he will never speak," Nantz said at the Hall of Fame induction. "He will never be able to say his own name. That's what drove him to golf, to sit on a range, beating balls, hearing himself in total clarity in his head, `This is to win the U.S. Open.' And he overcame that with great will and determination, and became the longest-running lead analyst in the history of sports television."

Venturi played on one Ryder Cup team and was U.S. captain in the 2000 Presidents Cup team.

As an amateur, he was the 54-hole leader in the 1956 Masters until closing with an 80, and he was runner-up at Augusta National in 1960 to Arnold Palmer, who birdied the last two holes.