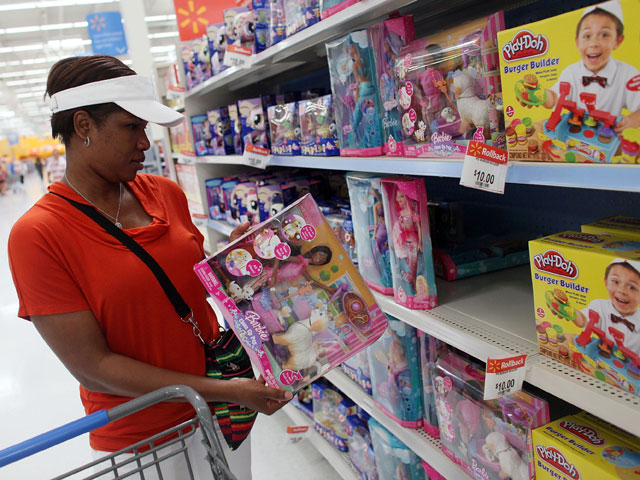 NEW YORK (CBS) It's not even Thanksgiving, but the holiday toy price wars have already started.

The battle has gotten off to a particularly fierce start this year, with Wal-Mart slashing prices in an effort to keep Target from leading with the best bargains.

In recent years, the Wall Street Journal reports, shoppers have tended to reach for the biggest toy bargains and ignore retailers' other offerings. But now, with economic conditions somewhat improving, stores are hoping that if they entice parents with a good price on a hot toy, they will continue to make other purchases.

When the biggest retailers came out with their initial holiday toy prices around Halloween, Toys "R" Us and Amazon both touted big price cuts. Wal-Mart's initial offering showcased a broader selection of discounted toys than it did last year, according to the Journal, but in many cases the prices were higher than Target.

Wal-Mart's newly announced list now beats Target on many toy prices by just a few pennies. However, Target also reportedly offers five percent off all purchases (including holiday toys) if customers  pay with a Target debit or credit card.

Where will you do the bulk of your holiday shopping? And how early do you start looking for holiday toy deals? Share your thoughts with us in the comments.