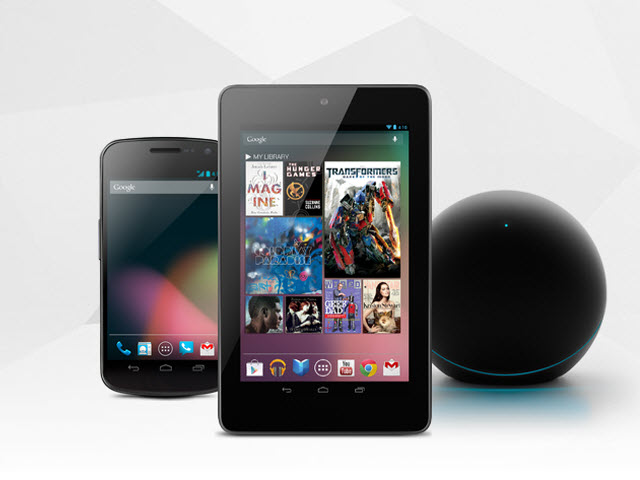 (MoneyWatch) One reason Google (GOOG), which has been the indirect target of patent infringement claims by Apple (AAPL) and Microsoft (MSFT), bought handset vendor Motorola Mobility last year was to expand its patent portfolio.

Some newly public filings also show the search giant trying to expand its collection of mobile-related technology patents. That would increase the chances of Google having intellectual property competitors might infringe, providing a bargaining chip in the legal battles that seem only too certain to continue.

The first patent is called Touch Screen User Interfaces, filed on September 30, 2011. A key part of the concept, the idea of using icons to move through categories of functions, seems more related to Microsoft's new Metro interface than the iPhone, possibly because the software maker has had more success in getting Google's hardware partners to license Microsoft patents under threat of legal action. As Google's patent application describes it:

Now look at this image from a Microsoft video on how to create a Metro-style user interface for an app.

Not exactly the same, but you can see how the focus on clustering icons around a functional concept could give Google a way to attack Microsoft or third-party app developers trying to write for Windows Phone, the announced Microsoft Surface, or Windows 8.

The next patent application is called Method and System for Facilitating Text Input, filed in January 2011. The concept, which could potentially apply to things that both Apple and Microsoft either are doing or might do, is to invoke an "input assistant" that provides "input prediction for completing the text string," with multiple ways of providing text assistance.

Predictive text-completion is an important capability in mobile phones, as you know if you've ever tried to enter something into a smartphone. Anything that Google could patent in this area wouldn't necessarily surpass what competitors are doing now, but might help with future innovation.

A third application, filed on September 30, 2011, is called Gesture-Based Selection. Here's Google's explanation of at least one implementation:

According to one general implementation, a user may search for items in a long list of items by selecting a first value, e.g., a first character, of a name of the item with a first gesture, and selecting a subsequent value, e.g., a second character, of the name of the item with a second gesture. The user may progress through the name of the item by selecting one value at a time with individual gestures that spawn additional controls (e.g., scroll bars) when a particular portion is selected, by using two separate, concurrently displayed controls, or by using a single control through the iterative selection and "locking in" of values with a "lock in" gesture. Items that match the user-selected values are searched and displayed in real time to receiving the gestures.

Anything that has to do with user input on a mobile device is a good area for defensive patents because the actions are so basic to using smartphones and tablets.

Although the patent applications may seem obvious, and with so-called pre-existing art that shows the idea has been implemented before, patents applications are highly technical and specific documents. Slight variations might make something patentable from the view of the U.S. Patent and Trademark Office (USPTO).

In addition, the major patent reform bill that passed last year moved the U.S. from a first-to-invent approach to first-to-file. So it's possible that even if others were working on the same concepts, being first with an application could give Google an advantage. And gaining a patent outside the U.S., which can be done through the USPTO, could block someone in another part of the world that was a critical market, much as Apple has tried to do to Samsung in Germany.