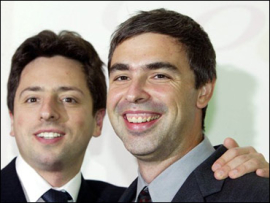 After dropping hints for the better part of the last year, Google has confirmed plans to start selling digital books later this summer.

The announcement came in the form of a comment during a panel discussion by Chris Palma, Google's manager for strategic-partner development, at the Book Industry Study Group in New York on Tuesday. The Wall Street Journal, on hand for the event, appropriately called: "The Book on Google: Is the Future of Publishing in the Cloud?", first reported the news.

This is starting to get interesting. Though Amazon has pioneered the market with its Kindle e-reader, Apple's announcement of the iPad has fed hopes among publishing executives that this still-nascent market is poised for explosive growth. (For more, check out Ken Auletta's superb piece in the New Yorker. According to the WSJ, Google's upcoming service, dubbed "Google Editions," will let people purchase digital copies of books found through its Google book search service.

It will also allow book retailers to sell Google Editions on their own sites, taking the bulk of the revenue. Google has yet to release details about pricing and which publishers are expected to participate.

The project is Google's attempt to crack into the market of distributing current and backlist works, which represent the majority of industry sales. Separately, the search giant is attempting to win rights to distribute millions of out-of print books through its digital book settlement with authors and publishers. U.S. District Court Judge Denny Chin is expected to rule in that case soon.