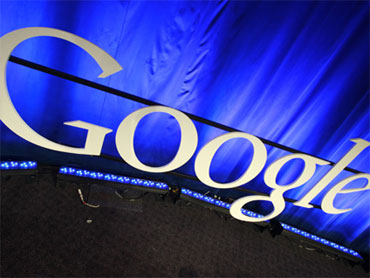 Google Inc. plans to feed its appetite for tantalizing new technologies by investing in more startups while it devours others by buying them outright.

The company told reporters Monday that its year-old venture capital division has been expanding so it can evaluate more opportunities brought to it by entrepreneurs. Google Ventures now has a staff of 16, up from just two people when it started early last year.

After investing in eight startups in 2009, Google Ventures has put its money in two others this year. Its latest investment is in Corduro, a Southlake, Texas, startup that provides payment services for mobile devices and traditional retailers.

Although Google plans to invest in more startups this year, the total amount it plans to collectively spend on them is expected to remain at about $100 million annually.

Bill Maris, managing partner of the fund, would not say whether Google Ventures hit the $100 million investment target in its first year. He said the size of Google's investments so far have ranged from the "tens of millions" to less than $500,000, though he declined to be more specific.

The venture arm represents Google's attempt to make money off the promising ideas of people working outside its company. Other big companies, including Intel Corp. and Walt Disney Co., also operate venture capital divisions in an effort to capitalize on hot concepts.

Just like other venture capital funds, Google eventually plans to sell its stakes through an initial public offering or in a buyout.

Google, however, would have to buy the companies outright in order to have special access to their technology in its products and add their employees to its work force. The company could gain insights into emerging developments at those startups, but it won't be given any preferences or any right to match bids should the startup decide to sell.

Because the entrepreneurs who retain control of the startups would have the final say in all selling decisions, a startup backed by Google Ventures could be bought by rivals such as Microsoft Corp. or Apple Inc.

With the economy rebounding, Google has bought more than a dozen companies in the past nine months. Its biggest deal announced during this stretch, a proposed $750 million purchase of mobile ad service AdMob, is under investigation by the Federal Trade Commission and could be blocked if regulators conclude it would erode competition.