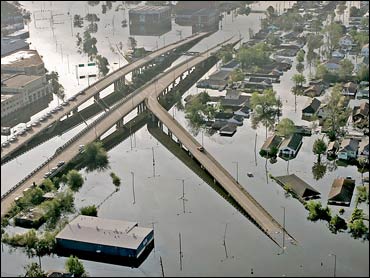 Google Inc. is once again showing New Orleans in ruins after the company came under fire for replacing post-Hurricane Katrina imagery on its popular map portal with views of the city as it existed before the storm.

An Associated Press article on Thursday highlighted the changes, leading a U.S. House subcommittee to accuse Google of "airbrushing history" for depicting a New Orleans and Mississippi Gulf Coast without hurricane damage.

Still, the new images are outdated. For example, there is no sign of the massive floodgates that the Army Corps of Engineers built on three drainage canals. Google is still using pre-Katrina pictures for some small coastal towns on the Mississippi Gulf Coast. Places like Waveland, Bay St. Louis and Pass Christian were obliterated by Katrina but were intact on Google maps.

John Hanke, Google director for satellite imagery, said in an entry on Google's blog Monday that the imagery was changed last September "with pre-Katrina aerial photography of much higher resolution as part of a regular series of global data enhancements."

"Given that the changes that affected New Orleans happened many months ago, we were a bit surprised by some of these recent comments," Hanke wrote in his blog. "Make no mistake, this wasn't any effort on our part to rewrite history."

Meanwhile, Google is expected to brief the U.S. House Committee on Science and Technology's subcommittee on investigations and oversight on the changes. Edith Holleman, the subcommittee's staff counsel, said that briefing has not been scheduled yet.

The subcommittee chairman, Rep. Brad Miller, D-N.C., wrote Google CEO Eric Schmidt to say that "Google's use of old imagery appears to be doing the victims of Hurricane Katrina a great injustice by airbrushing history."