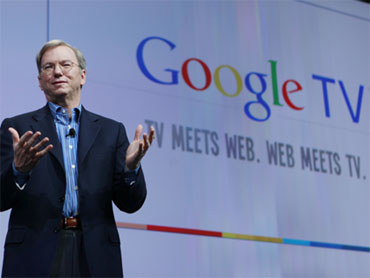 Google Inc. believes it has come up with the technology to unite Web surfing with channel surfing on televisions.

To reach the long-elusive goal, Google has joined forces with Sony Corp., Intel Corp. and Logitech International. The companies unveiled their much-anticipated plan for a "smart" TV on Thursday.

The TVs are expected to go on sale in the fall in Best Buy stores. Pricing won't be announced until later in the year. Sales of the TVs will be limited to the U.S. this year before expanding into other countries.

"I think this is going to be the biggest improvement to television since color," Intel CEO Paul Otellini told The Associated Press.

The demonstration of the new technology didn't go smoothly at a Google conference for about 5,000 software programmers.

So many people in the audience were using the conference's wireless access network that Google ran into repeated problems showing how its technology is supposed to toggle seamlessly between the Web and television programming. Google finally had to plead with the attendees to disconnect their smart phones from the wireless network.

Once it got enough bandwidth, Google was able to conduct a series of Internet searches in a drop-down box that appears at the top of television programs. The search results pointed to Internet videos and other content related to the television program on the screen.

A telecast of a sporting event can be shrunk into a small "picture-in-picture" box so a viewer can look at statistics or other material about the game on TV.

Viewers can also make search requests by speaking into a remote that runs on Google's Android operating system.

Google CEO Eric Schmidt described the potential of the Internet TVs as mind-boggling, although he acknowledged it might be difficult for some consumers to grasp at first. That's one reason he said Google decided to team up with Best Buy, which offers a "geek squad" to deal with complex technology.

"You have to actually see (the Internet TV) to get excited about it," Schmidt said at a news conference.

Other companies have tried to turn televisions into Internet gateways with little success during the past decade.

But Google and its partners believe they have developed a system that will make Internet TV simpler and more appealing.

Consumers who already have splurged on flat-panel TVs will be able to plug into the new technology by buying a set-top box made by Logitech or a Blu-ray player from Sony. Both devices will contain the same software and microprocessor as the new TV sets.

Sony will make the TVs, giving it a new product that could stand out from other flat-panel TVs on the market. It will use microprocessors from Intel, which is hoping to lessen its dependence on personal computers; the Atom chip design that will serve as the brains of the smart TVs so far has mostly been used in inexpensive, lightweight laptops known as netbooks.

Google will provide the software, including Android and the company's Chrome Web browser. Logitech will supply a special remote control and wireless keyboard.