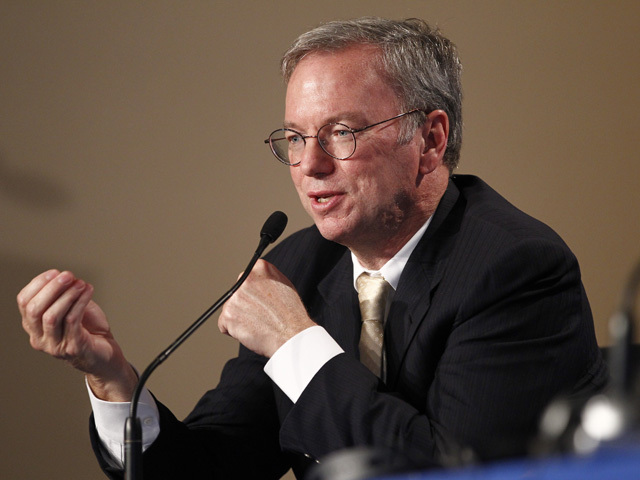 "We have seen an explosion of Android devices entering the market and, because of our successes, competitors are responding with lawsuits as they cannot respond through innovations," he said. "I'm not too worried about this."

When asked about potentially providing financial support should HTC lose, Schmidt said: "We will make sure they don't lose, then."

Schmidt declined to provide details on how Google will aid the Taiwanese smartphone maker. But Schmidt's support provides some reassurance following an initial legal victory for Apple against HTC and, by extension, all other Android OS smartphone partners.

On Friday, a U.S. International Trade Commission administrative law judge issued an initial ruling that HTC violated two key patents owned by Apple. The decision was a blow to HTC, dragging its stock to a six-month low in Taiwan trading yesterday and raising uncertainty about the company.

If the ITC's full panel makes a final decision that goes against HTC, the company could face a ban on importing its smartphones.

More importantly, the two patents are seen as crucial to Android and could potentially affect other handset manufacturers. Samsung Electronics is already in a patent fight against Apple.

HTC has said it plans to appeal the initial judgment, although legal experts say overturning an administrative law judge's ruling is rare.

The company has also taken steps to defend itself, spending $300 million to buy S3 Graphics and its collection of patents. Apple is in violation of patents owned by S3, according to a separate initial ruling from the ITC.