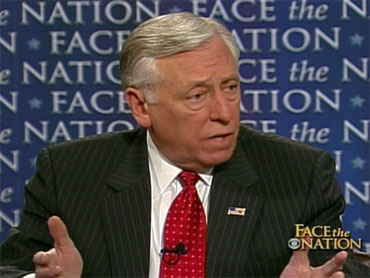 It was strike two for a major science funding bill Wednesday as House Republicans again united to derail legislation they said was too expensive.

Going down to defeat was the COMPETES Act, which would have committed more than $40 billion over three years to boost funding for the National Science Foundation and other federal agencies involved in basic and applied science, provided loan guarantees to small businesses developing new technologies and promoted science and math education.

Congress enacted a first version of the legislation in 2007 with a large majority in the House and a unanimous vote in the Senate. But in this election year, with Republicans out to show their anti-spending credentials and intent on disrupting the Democratic agenda, things are different.

Republicans support science research, said Rep. Ralph Hall of Texas, top Republican on the Science and Technology Committee. But the Democratic bill "continues to take us in a much more costly direction and authorizes a number of new programs which have little to do with prioritizing investments" in science and technology.

Committee chairman Bart Gordon, D-Tenn., said he had made a "sincere attempt to compromise" with Republicans on a bill he said was essential to reversing trends over the past two decades where the United States has been losing its technological edge to other countries.

Last week Republicans forced Democrats to pull the bill from the floor by pushing through an amendment that combined substantial cuts to many of the main initiatives in the bill with a provision cracking down on federal workers caught viewing pornography on their office computers.

Many Democrats, fearful that a vote against an anti-pornography measure could be used against them in election ads, went along with the GOP amendment.

The legislation presented Wednesday restored the programs the Republicans tried to kill but reduced to three years, rather than five, the life of the measure, thus cutting the original $85 billion price tag to about $47 billion. It also included the anti-pornography provision.

But Democrats made a losing gamble by bringing the bill up under a procedure that prevented Republicans from offering more amendments but requiring a two-thirds majority for passage. The vote was 261-148 for passage, short of the two-thirds needed. Every Democrat supported it, but only 15 of 163 voting Republicans backed it.

House Majority Leader Steny Hoyer, D-Md., said in a statement that he was "extremely disappointed Republicans continued to play political games, voting against a job-creating measure that had bipartisan support." He said he planned to bring the bill back to the floor soon under normal rules requiring only a majority for passage.