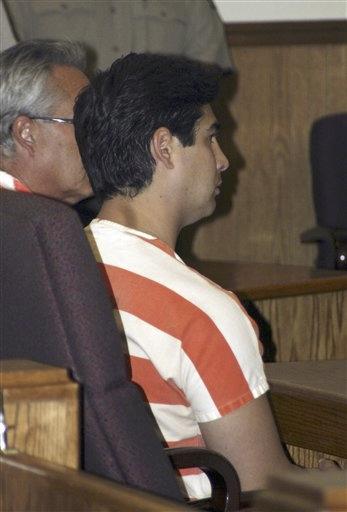 House Republican leaders weighed additional concessions to Democrats Tuesday night as they struggled to limit political fallout from a virtual shutdown of the ethics committee.

GOP officials, speaking on condition of anonymity, said party leaders were considering options including reversal of investigative rules changes they muscled through in January.

The Republican leaders met after steadily increasing attacks by Democrats, who contend the changes were designed to protect Majority Leader Tom DeLay from further investigation.

Democrats have made clear they won't allow the evenly divided committee to conduct business, including investigations of lawmakers, until the rules are reversed.

A senior Republican aide said Hastings has concluded that his Republican colleagues must allow another vote on the rules passed in January if they have any hope of allowing the committee to function. However, a vote that does not undo the January changes would certainly be rejected by Democrats and the deadlock would continue.

The conclusion reached by Hastings may be unpopular with some Republicans since GOP lawmakers have had to defend their votes against the Democratic accusations and hometown editorials saying the rules were designed to protect DeLay.

Senior Republican aides who have been involved in the discussions on the rules said they were not authorized to be quoted by name.

DeLay was admonished by the committee last year on three separate aspects of his conduct, and new questions have been raised about whether a lobbyist — who is under investigation by federal authorities and Congress — paid for his foreign travel in violation of House rules. DeLay has denied any wrongdoing and said he believes the travel was financed properly by the groups sponsoring his trips.

DeLay was included in the event held near his congressional district — and offered a ride back to Washington on Air Force One along with a few other Texas Republicans — to show that "the president appreciates his leadership in the House," White House press secretary Scott McClellan said.

CBS News White House Correspondent Mark Knoller reports that Mr. Bush took the time to offer a DeLay personal salute, saying, "...I appreciate the leadership of Congressman Tom DeLay in working on important issues that matter to this country."

The ethics committee is one of the few places minority Democrats can assert power in the House because it is equally divided between five Republicans and five Democrats. The Democrats have refused to provide a sixth vote to allow the committee to commence operations.

One GOP aide would not discuss advice that Hastings gave Speaker Dennis Hastert but said he was under the impression that the speaker agreed with the ethics chairman that the January decision must be reconsidered.

Hastert told the Wall Street Journal last week that he wouldn't rule out a vote to reverse the changes.

The change that upset the Democrat the most would require a majority vote to launch an investigation and prevent automatic dismissal of a case. That, for instance, would require at least one Republican vote to investigate DeLay.

The GOP aide said that Republicans would continue to defend their changes as necessary to provide more fairness to members under investigation. Likewise, they would keep asserting the changes had nothing to do with DeLay.

Rather, the argument would be that it's more important to place the ethics committee back in operation than to insist on rules that keep it deadlocked.

One option under consideration would be to reverse the January rules now and then have a bipartisan effort to propose changes. That is what the committee's senior Democrat, Alan Mollohan of West Virginia, has proposed.

Republicans hold a closed-door meeting every Wednesday, and the ethics rules are expected to be a major topic of discussion.

Until the speaker and Hastings gauge the sentiment at the meeting, it is not clear whether the party will allow a reversal that would amount to a full retreat.

Simply permitting a second vote on the ethics rules would not satisfy the Democrats if Republicans did not support changes.

The senior GOP aide said "Hastings and Hastert are working to find a solution. It's damaging to the institution not to have the ethics process up and running. Hastings is increasingly convinced that legislative action is needed to resolve the dispute. The House is going to have to vote to resolve this."

Hastings tried to end the deadlock last week by proposing an investigation of DeLay, but Democrats rejected any solution short of changing the rules.

The stalemate has allowed the committee only to provide routine advice, but not to conduct investigations.