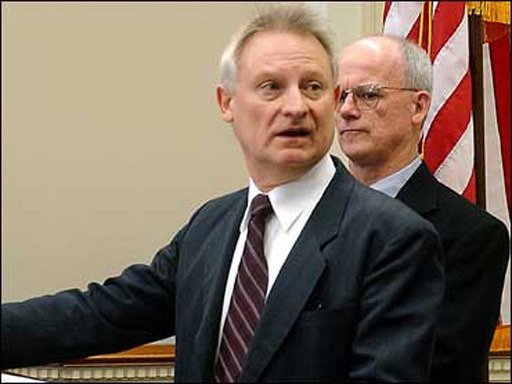 A Republican congressman stepped up to the plate last week, citing Sarah Palin as the reason the GOP didn't gain control of the Senate, but he later downplayed the accusation.

At a meeting in Columbiana, Alabama last Thursday, Rep. Spencer Bachus denounced Palin and the Tea Party candidates she supported, according to the Shelby County Reporter.

"The Senate would be Republican today except for states (in which Palin endorsed candidates) like Christine O'Donnell in Delaware," Bachus said. "Sarah Palin cost us control of the Senate." He went on to concede that Tea Party candidates did fare better in U.S. House races.

Bachus, who is in line to become the chairman of the House Financial Services Committee, went on to comment on the election results in general.

"If you think Republicans are in charge in Washington, you can wipe that thought from your mind. Democrats are in control of the presidency and the Senate," he cautioned.

"The American people don't trust either political party. They simply choose what they think is the lesser of two evils," he said at the same meeting. "The Republican party must prove to people we mean it this time, that we are serious about less government."

He had choice words for the rest of Republicans, and not just Sarah Palin.

"I hope my Republican colleagues have gotten the message this time. Voters want the local county school board to spend their money, not the federal government," Bachus added.

Questioned by the Associated Press Tuesday following his anti-Palin comments, a spokesperson for Bachus, Tim Johnson, downplayed the remark, saying it had been taken out of context.

The argument, according to Johnson, came from the widely held viewpoint that stronger candidates in Delaware and Nevada could have cinched victories for the Republicans. Instead, losses were racked up in both states, by Christine O'Donnell and Sharron Angle, both Palin-backed "Mama Grizzlies."

Johnson added that Rep. Bachus was "extremely complimentary" of both Palin and the Tea Party, according to the AP.