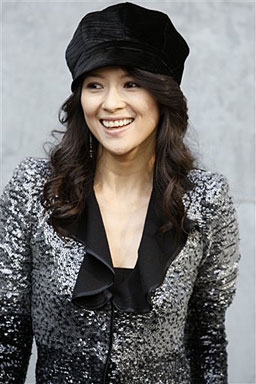 House Republicans have blinked first in their running confrontation with Democrats over new ethics rules.

Hastert said he intends to send a letter to House Democratic Leader Nancy Pelosi signaling his willingness to repeal the controversial rules changes.

Hastert's comments came after a closed-door meeting of the GOP rank and file, the latest in a string of private sessions in which Republicans discussed ways to stem the political damage from an ethics deadlock that has become entwined with DeLay, the controversial majority leader.

"I think they just took the heat," Pelosi, a California congresswoman, told reporters. "I think there's been an editorial in every paper in the country saying this is wrong," she said.

Democrats have prevented the ethics committee from getting down to business for the year. They have demanded that Republicans agree to reverse the ethics rules — seen as devised to thwart a committee investigation of DeLay — or else appoint a bipartisan panel to draft new rules.

Hastert told reporters outside the meeting that his intention earlier in the year had been to create a new set of rules that was fair to all lawmakers, regardless of party. Given Democratic criticism, he said, "I'm willing to step back."

"We need to move forward with an ethics process," he added.

Referring to DeLay, Hastert said that one prominent Republican needed a functioning ethics committee because "right now he can't clear his name."

DeLay, admonished by the ethics committee three times last year, faces new scrutiny in connection with overseas travel. He has denied wrongdoing in the face of questions surrounding trips that he took overseas. DeLay also has said that he is eager to appear and answer questions before the chairman and senior Democrat on the ethics panel.

Despite the retreat, it was not immediately clear whether Hastert's actions would end the deadlock that has stymied the committee's work.

In a letter to the speaker dated April 12 but kept private, Pelosi also called on the Illinois Republican to urge Rep. Doc Hastings, R-Wash., the panel's chairman, to abandon plans to name his chief as staff director for the committee.

"I cannot imagine a staffing arrangement more damaging to the nonpartisan character of the committee," she wrote in the letter.

Republicans had said before the meeting that the GOP leadership was considering a plan to allow the entire House to vote on reverting to the old rules. It was also possible that Hastert would decide to allow individual votes on each of the three changes that Democrats objected to.

Republicans said the old rule created an environment in which lawmakers who were falsely accused could not be exonerated without a bipartisan vote of the committee. But Democrats said the new rules made it easy for Republicans to bury complaints against DeLay.

The committee has 10 members, five from each party, meaning that neither side can provide a majority on its own.