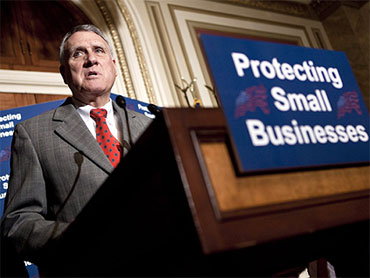 A leading Republican lawmaker is rejecting the Obama administration's assertion that ratification of a new arms control treaty with Russia is so pressing that it must be dealt with by the lame-duck Senate.

Sen. Jon Kyl said Sunday that the Senate has much more urgent business to attend to in the weeks before it breaks for Christmas. He said the treaty, known as New START, is extremely complex and can wait until the Senate reconvenes with newly elected members in January.

The Obama administration has said ratification is an urgent national security priority.

Kyl said on NBC's "Meet the Press" that delaying a vote would reflect the reality of considering a major treaty in three weeks amid important domestic issues.
By Associated Press Writer Matthew Lee