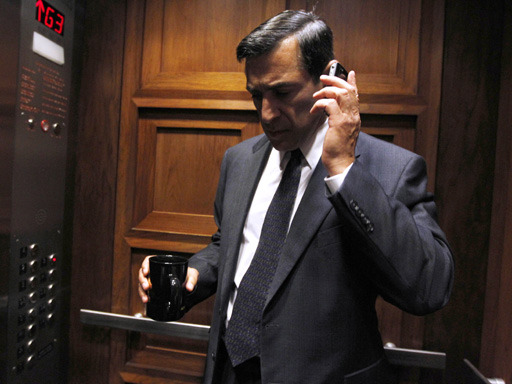 California Rep. Darrell Issa plans to greatly expand the scope of federal oversight upon his likely election to chair the oversight committee in the new Congress, he told Politico in an interview.

Issa's election to chair the House Committee on Oversight and Government Reform would herald a significant increase in the committee's activity, and not just from the past two years. California Rep. Henry Waxman, the committee's Democratic chair during the final two years of the Bush administration, held 203 hearings over the course of two years. With a goal of about 280 hearings each year, Issa hopes to more than double that.

Politico reports that Issa is looking to create new subcommittees, and has plans to investigate controversial Obama-era initiatives like the federal stimulus package and possibly health care reform, as well as the $700 billion bank bailout passed under President Bush.

He also intends to coordinate oversight inquiries among other House panels.

"As Clint Eastwood says, a man needs to know his limitations," Issa acknowledged to Politico. "With other committees, we have good working relationships. Our committees have some areas of primary jurisdiction, including the federal work force, procurement and the Postal Service. We will take care of our core knitting, but we have very narrow legislative jurisdiction."

Issa has said that his investigations will not necessarily be partisan - he's indicated that he might investigate the George W. Bush presidency as well as the current administration - but Democrats anticipate an aggressive posture from the California Republican when it comes to oversight of the Obama administration.

Issa told Politico that the committee's job is to "measure failures," adding that "oversight should be done with a balance for the American people and not as a gotcha."

"The enemy is the bureaucracy, not necessarily the current occupant of the White House," he said in a separate interview.

Issa has already set up a meeting with Vice President Joe Biden to discuss oversight of stimulus funds. White House officials were quick to clarify on Monday that Biden's recent meeting with the Department of Justice had nothing to do with Issa's planned investigations.

The California Republican also plans to investigate the allocation of government-controlled funds.

"We really want to study presidential earmarks and the grant-making process: How do we take all this discretionary money and see what is necessary," Issa said. "The debate on how to shrink the federal government is at the core of our problem of government not doing its job."