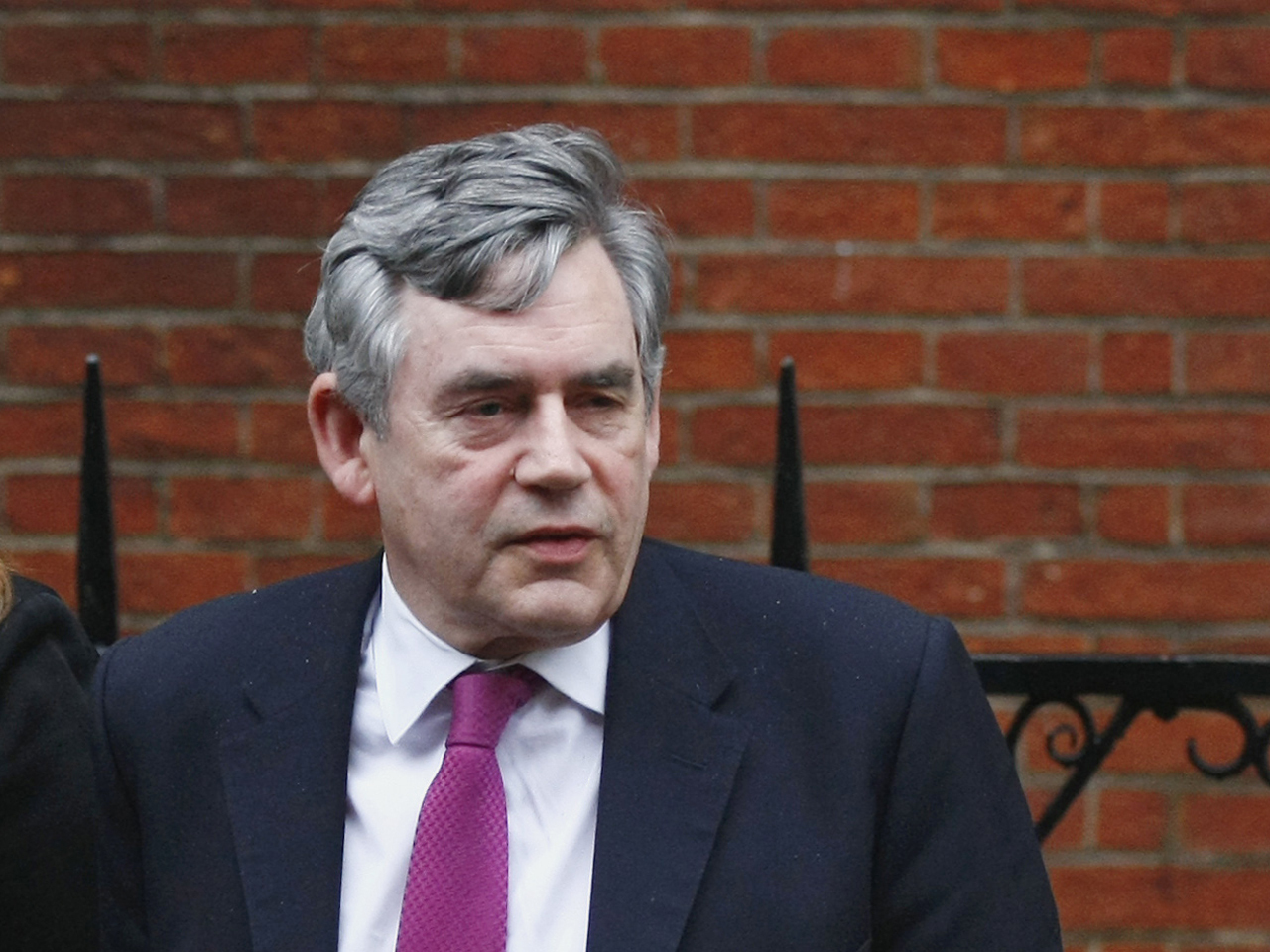 (AP) LONDON - Former British Prime Minister Gordon Brown on Monday accused a Rupert Murdoch-owned tabloid of personally attacking him and failing the British people in its coverage of the war in Afghanistan.

He acknowledged, however, that his wife had remained friends with a Murdoch executive at the heart of claims of tabloid wrongdoing.

Brown told a judge-led media ethics inquiry that The Sun newspaper was guilty of "the conflation of fact and opinion" in its coverage of the Afghanistan conflict and of his premiership.

He said that instead of covering the difficult decisions facing his government, The Sun had concluded "that I personally did not care about our troops in Afghanistan."

He said the newspaper had made a series of spurious claims, for example that he had fallen asleep during a service of remembrance for dead troops. Brown said he had been bowing his head in prayer.

Brown had a testy relationship with the powerful Murdoch press during his 2007-2010 term in office. The Sun, renowned for its political clout, backed the Conservative party over Brown's Labour in the 2010 national election. The election ejected Brown from power and produced a Conservative-Liberal Democrat coalition government.

The former prime minister said the press had "failed this country" by focusing on opinions and ephemera when the war in Afghanistan was at a crucial stage.

"I'm afraid half the country (Afghanistan) is falling into the hands of the Taliban," Brown said, accusing the press of failing to reflect this.

Brown also spoke of his pain at seeing leaked details of his young son's health splashed in the tabloid. The Sun revealed in 2006 that Brown's infant son Fraser had been diagnosed with cystic fibrosis.

Brown said he and his wife Sarah had been distressed by the leak, but acknowledged that Sarah had remained friendly with Rebekah Brooks, the Sun's then-editor, and even organized a 40th birthday party for her in 2008.

"I think Sarah is one of the most forgiving people I know," Brown said. "I think she finds the good in everyone."

Brooks, 44, along with her husband and four aides, was charged last month with conspiring to pervert the course of justice in connection with the phone hacking scandal.

They are the first people to be charged in the current investigation into tabloid wrongdoing, which has shaken Britain's media, police and political establishments. More than 40 people have been arrested and questioned.

The judge-led inquiry was set up last year amid a scandal triggered by revelations that the now-defunct News of the World had hacked the mobile phone voice mails of scores of celebrities, politicians and even crime victims in its quest for scoops.

The inquiry is examining malpractice in the media and ties between politicians, police and the press.

Osborne will likely be asked about his role in hiring a former editor of Murdoch's scandal-tarred tabloid News of the World, Andy Coulson, as communications chief for the Conservative Party.

After Cameron became prime minister, he served as Cameron's communications chief before resigning because of the scandal.