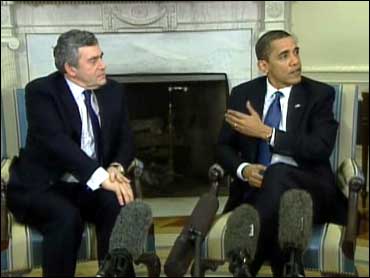 It's a poll victory, of sorts. British Prime Minister Gordon Brown has been named the worst-dressed man of the year by the British edition of GQ magazine.

The magazine said Brown, who faces an election this year, is "anything but a prime example of British style." Brown's signature look is a dark suit, slightly rumpled.

"Twilight" heartthrob Robert Pattinson was named best-dressed man by the magazine on Monday.