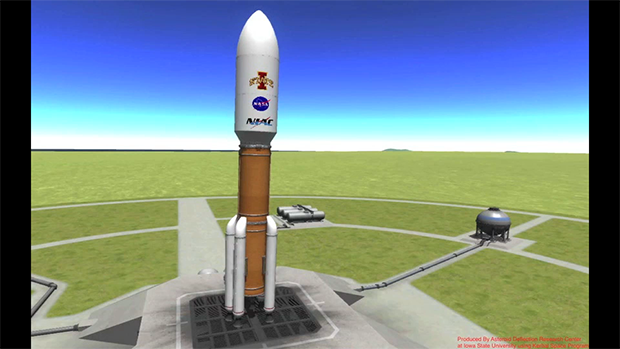 How can we protect ourselves from dangerous earthbound asteroids? The federal government is looking at nuclear weapons as a possible answer.

According to an April report from the Government Accountability Office (GAO) to the Senate, several U.S. agencies are looking at retaining nuclear warheads no longer needed for national defense as a possible weapon against incoming asteroids.

The main focus of the GAO report was what the federal agency in charge of nuclear weapons, the National Nuclear Security Administration (NNSA), needs to do to complete its planned dismantlement of part of the U.S. nuclear arsenal.

As first noted in The Wall Street Journal, buried on page 41 of the report, the GAO noted that some nuclear warheads were "being retained in an indeterminate state pending a senior-level government evaluation of their use in planetary defense against earthbound asteroids." The report notes that the "NNSA has declared these [warheads] ... an 'irreplaceable national asset.'"

One reason to consider using powerful nuclear warheads to take out an asteroid is that we might not have enough time to do anything else, according to Bong Wie, who is in charge of the Asteroid Deflection Research Center at Iowa State University. Wie told CBS News in an email: "When we have an impact threat warning time longer than 10-20 years, other non-nuclear options (kinetic impactors, gravity tractors) can be used. However, when we don't have sufficient mission lead times" -- more than 10 years -- "all non-nuclear options are not applicable and the nuclear explosion is the only practical solution."

The danger is clear to policy makers. On February 15, 2013, fragments from an SUV-sized meteorite injured over 1,000 people when it struck in the Ural Mountains of Russia.

Several countries now are collaborating to provide early warnings for such events. For example, ATLAS, a program that will be fully operational in 2015, will provide one day's warning for an 8-meter "town killer" asteroid, a one week warning for a 45-meter "city killer," and a three week warning for a potentially catastrophic 140-meter space rock. The B612 Foundation hopes to launch its relatively low cost Sentinel Mission to track even more asteroids that are farther away.

Wie told CBS News that while using nuclear warheads might sound extreme, the technology is available to save the earth from dangerous asteroids. "Such a space flight system can be designed, built, and launched within 1 - 3 years after knowing a real impact threat, depending on many practical/political constraints."