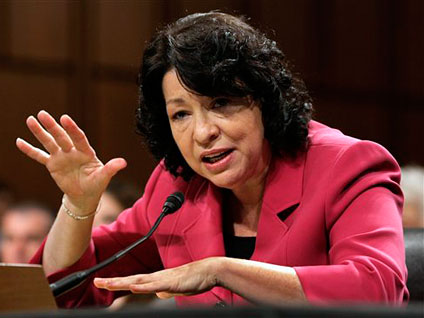 Women should not use estrogen and progestin supplements in hopes of preventing bone loss or other chronic ailments, the government said Tuesday.

Federal scientists broke the news in July that long-term use of the combination hormone therapy significantly increased women's risk of breast cancer, heart attacks and strokes.

The news caused dismay and confusion for millions of American women. Many used the combination not just in hopes of long-term health but to relieve short-term menopausal symptoms such as hot flashes and night sweats, and wondered how long they could safely use hormones for that purpose.

Now the independent panel charged by the U.S. government to set the nation's disease-prevention guidelines has weighed in, with recommendations not likely to settle the confusion.

The clear risks of routine estrogen-and-progestin use outweigh the few long-term benefits, such as bone strength, the U.S. Preventive Services Task Force said Tuesday. But when it comes to menopause symptom relief, the panel urged women to discuss their personal disease risks with their health provider in choosing whether to try hormones.

For example, most discussion of hormone therapy's risks has centered on long-term use, yet the risk of heart attack actually rises in the first year women swallow the pills, said task force co-chairwoman Dr. Janet Allan. A woman with high cholesterol or high blood pressure might make a different decision on using hormones for hot flashes than a healthier woman would.

"This is tough for women," Allan acknowledged.

The task force last examined hormone therapy in 1996, calling the evidence too paltry to decide if women should use it. But doctors' and patients' enthusiasm for hormones overrode that cautionary note, and an estimated 6 million women were taking the estrogen-progestin combination when the National Institutes of Health announced the bad news in July.

Millions more are thought to be taking estrogen alone, something reserved for women who have had their uterus removed. The task force said there's not enough evidence to know yet if estrogen-only therapy is any safer than combination therapy; a study of that question is continuing.