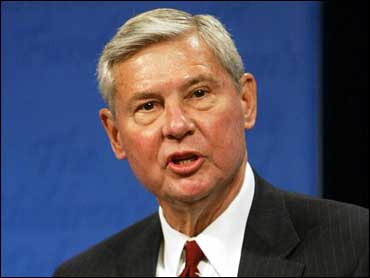 A congressional investigation into the Sept. 11 attacks has concluded that between 70,000 and 120,000 terrorists were trained by al Qaeda and some are still in the United States, Sen. Bob Graham, D-Fla., said Sunday.

After months of investigation and a series of congressional hearings last year, the House and Senate Intelligence panels wrapped up their report Dec. 20 and released a summary.

The full classified report is still under review at the FBI and CIA, which are trying to determine whether any disclosure of information might pose a risk to national security and should remain secret.

Graham, a Democratic presidential candidate, was the senior Democrat on the Senate Intelligence Committee when the investigation was completed last year. He has criticized the administration repeatedly for delaying release of the report. He said Sunday the administration has approved inclusion of the estimate of al Qaeda's terrorist training in the final report.

Graham said that estimate shows that the Bush administration "lost focus" when it turned its attention to war with Iraq.

"We allowed al Qaeda to regroup and regenerate," he said. "They've conducted a series of very sophisticated operations, thus far none of it in the United States, but seven Americans were killed in Saudi Arabia."

Another Democratic presidential contender, Massachusetts Sen. John Kerry, said Sunday the administration should move rapidly to bring other countries into the postwar occupation of Iraq to take the focus off American troops.

"We have to diffuse the perception in reality of American occupation," Kerry, one of nine candidates for the Democratic presidential nomination, said in a televised interview.

"The obligation of the United States government and the president is to rapidly internationalize the effort in Iraq, get the target off of American troops, bring other people, particularly Muslim-speaking and Arab-speaking Muslim troops, into the region," Kerry said.

"The president clearly doesn't have a plan to do that, and we're paying a price for it," he said.

Kerry also said the controversy this week over Mr. Bush's State of the Union address raises "enormous questions" about the quality of U.S. intelligence gathering.

The administration acknowledged that a British claim of Iraqi uranium shopping in Africa should not have been included in the State of the Union address because it had been questioned by U.S. intelligence sources. CIA Director George Tenet took responsibility Friday for allowing the statement to remain in the address.

He said Cheney must have been given a report on the investigation by Ambassador Joseph Wilson, who went to Niger last year and concluded that the government had not contracted to sell uranium to Iraq. Administration officials have said the White House had no knowledge of Wilson's report.