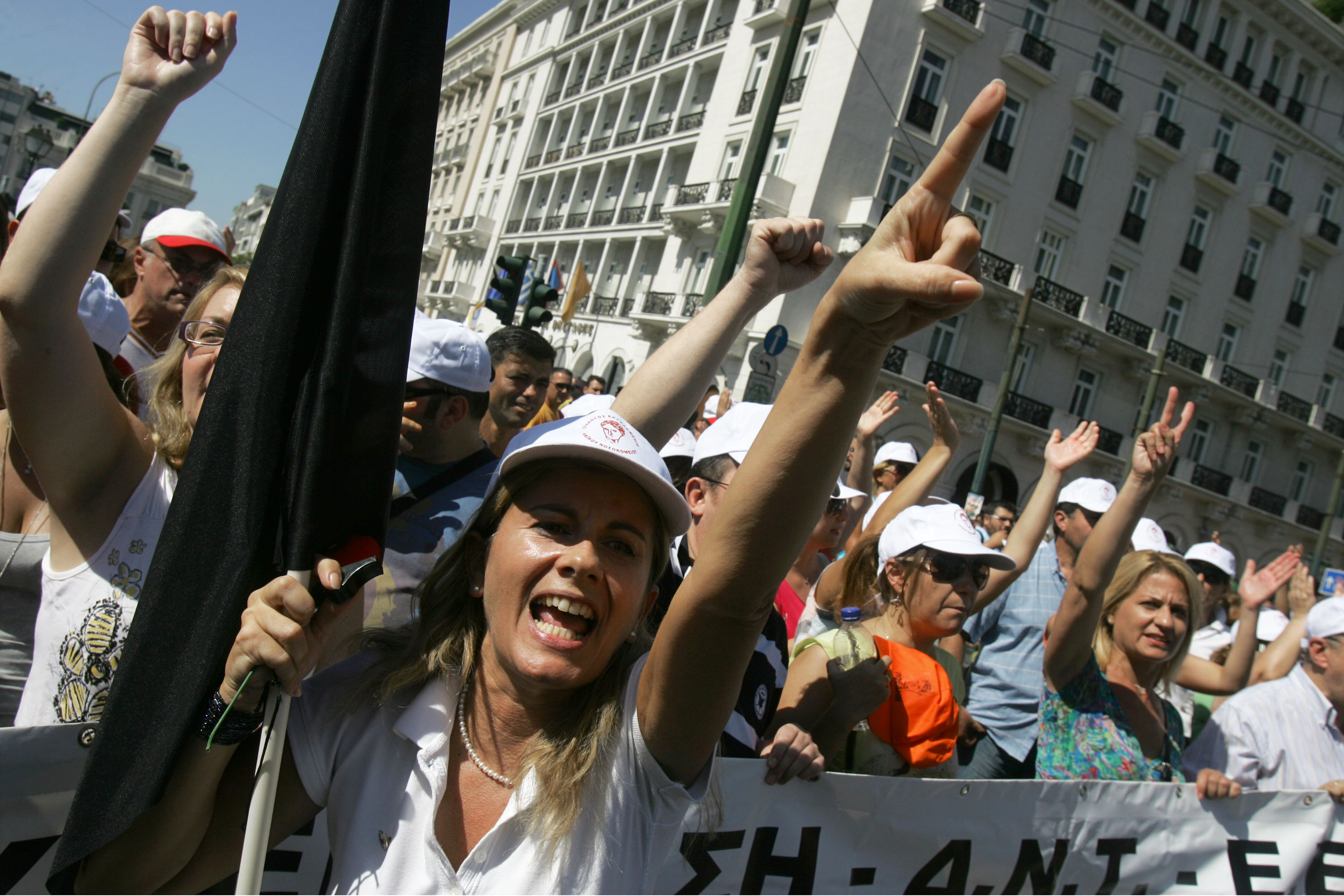 (CBS/AP) ATHENS, Greece - After weeks of fruitless efforts, the heads of the three parties in Greece's governing coalition have struck a basic deal on a new round of harsh austerity measures required for the country to continue getting vital rescue loans, officials said Thursday.

Greek Finance Minister Yannis Stournaras says the heads of the three parties in the governing coalition have reached a "basic agreement" on an austerity package for 2013-14.

The cuts are essential if Greece is to continue receiving funds from international emergency loans.

The meeting between Prime Minister Antonis Samaras and the heads of the two junior coalition parties came a day after more than 50,000 anti-austerity protesters took to the streets of Athens.

Riot police on Wednesday used tear gas and pepper spray against several hundred demonstrators after the violence broke out near the country's parliament. Protesters also set fire to trees in the National Gardens and used hammers to smash paving stones and marble panels to use as missiles against the riot police.

It was unclear whether there would be a further meeting between the three. Once they finalize a deal, the measures will be presented to Greece's debt inspectors, whose approval is key for the country to receive the next installment of bailout loans.

Greece has relied on international bailouts since May 2010. In return, it imposed a punishing austerity program, repeatedly slashing incomes, hiking taxes and raising retirement ages. The new measures are expected to include further pension and salary cuts, and raising the age of retirement from 65 to 67.

With that money, whose payment was delayed for months after two successive national elections in May and June, Greece will complete the recapitalization of its battered banking system and pay off long-outstanding debts to domestic suppliers.

Without the cash, the country would have trouble paying its bails. That could force Greece to default on its debts and, possibly, ditch the euro.

The conservative-led coalition has been debating the new cutbacks for about two months, but a deal was delayed by opposition from the two center-left junior partners coupled with disagreements with EU, IMF and ECB austerity inspectors.