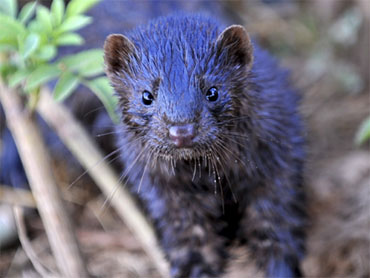 Police say break-ins at two fur farms have set more than 50,000 minks on the loose in northern Greece.

A statement from local police says the break-ins occurred Friday and Saturday near the city of Kastoria, which is the center of Greece's fur industry.

The National Fur Breeders' Association says most of the released animals are likely to die in the late-August heat. It says the cost to the farm owners could pass euro1 million ($1.27 million).

No group has claimed responsibility for the incident. But an animal rights group, calling itself the "Hawks of Reprisal," said it was responsible for a similar break-in last year.