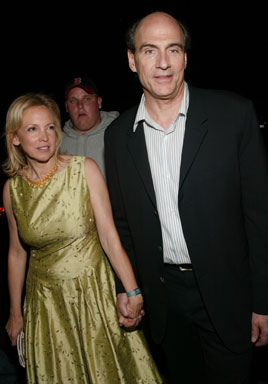 The Oakland Raiders were counting on the return of Jeff George to revive their stagnant offense and boost their chances of making the playoffs for the first time since 1993.

But George's return was not the answer Sunday in a 29-19 loss to the Washington Redskins, a defeat that damaged Oakland's playoff hopes.

Trent Green threw three scoring passes and the Redskins forced two fumbles and two interceptions for their first road win of the season. The Redskins (3-9), who have won three of five after opening the season with seven straight losses, had the worst turnover differential in the NFL coming into the game.

George, who had not played past the first quarter of a game since September because of a groin injury, made the start but was pulled at halftime after going 7-of-15 for 65 yards with an interception for Oakland (7-5).

He stood on the sideline wearing a parka and holding his helmet as Donald Hollas went 16-of-29 for 134 yards with an interception and two TD passes in the second half.

George said he might get another MRI on the groin on Monday.

"I'm frustrated. I'm aware everyone else is frustrated," he said. "I wish I could go back and heal myself. But it's something I have to deal with."

Oakland coach Jon Gruden said George got retaped at halftime and felt he could not move well enough to play in the second half.

"We understand thawe may be faced with a big decision between Jeff and Don and who can play," Gruden said. "That will be decided this week. We may just go with Don."

"One hasn't played, so he couldn't get going, and the other one has been playing, but didn't get the feel of it from the beginning," Green said. "So it probably worked to the detriment of both of them."

Trent Green threw scoring passes of 43 yards to Leslie Shepherd, 19 yards to Stephen Davis and 2 yards to Stephen Alexander. Cary Blanchard kicked field goals of 47 and 28 yards and Marc Boutte tackled Hollas in the end zone for a safety.

Green went 16-of-31 for 224 yards against the Raiders defense, which came into the game second overall in the league.

Washington, which is 3-2 since its bye week, has been decimated by injuries all season.

"We've played well since the bye, we've played more consistently," Redskins coach Norv Turner said. "There's about 12 guys that were backup guys when this season started. This is a tribute to them. We've had some rough spots because we've played all those guys. But they continue to learn how to play."

Hollas had TD passes of 12 yards to Terry Mickens and 3 yards to Tim Brown, and Napoleon Kaufman had a 23-yard scoring run for the Raiders - who have lost three of four after moving into playoff contention with a five-game winning streak.

Hollas didn't find out until the second half kickoff that he was going into the game.

"I was standing on the 20-yard line waiting to watch the (Washington) defense and I heard my name being called," he said. "I didn't know there was that much concern about his injury."

The Redskins already led 7-0 on Green's touchdown pass to Davis and were driving for another score in the first quarter when Alexander fumbled at the Oakland 3 while trying to fight off three defenders.

The Raiders recovered in the end zone and immediately marched 80 yards in six plays, culminating with Kaufman's scoring run.

Shepherd's TD catch, on a pass that bounced out of the hands of cornerback Marquis Wlker, came midway through the second period. Washington took a 17-7 lead on Blanchard's 28-yard field goal with 2:04 left in the first half.

The Redskins made it 19-7 late in the third period when Boutte sacked Hollas at the Oakland 1, forcing him to fumble. Hollas fell on the loose ball in the end zone for a safety.

Washington took the ensuing free kick and, six plays later, took a 19-point lead on Alexander's scoring catch. Hollas threw his TD pass to Mickens with 9:40 remaining, but Blanchard completed a 5:58 drive with his second field goal with 3:42 left.

Brown caught his scoring pass from Hollas with 1:35 remaining, but Washington recovered an onside kick and ran out the clock.