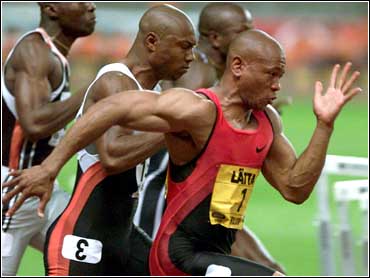 Maurice Greene ran the fastest 100 meters of the year, winning in 9.86 seconds Friday in the ISTAF meet, the last major track and field competition before the Sydney Olympics.

Marion Jones won the women's 100, finishing in 10.78 to match her world-leading season-best that she ran in London on Aug. 5.

Greene, who had the previous meet record at 9.94, got off to a fast start out of the blocks and won by a large margin over fellow American Jon Drummond, who finished in 9.96. Tim Montgomery completed the sweep for the United States, clocking 10.01.

The victory assured Greene of a share of the $1 million jackpot to be split among the athletes who win five of the seven events in the Golden League series.

Drummond said he was pleased with the show the Americans put on, as Bernard Williams fourth in 10.05 and Brian Lewis fifth in 10.13.

"We did a good job," Drummond said. "Maurice was good at the start, he is the best."

Reigning Olympic champion Donovan Bailey of Canada, who has struggled with injuries, was sixth in 10.20. Francis Obikwelu of Nigeria was seventh in 10.20, edging Ato Boldon of Trinidad, who was last in 10.23.

Jones trailed Savatheda Fynes of the Bahamas for the first 40 meters, before accelerating to an easy victory.

"I feel real great after this race," said Jones, who will seek a record five gold medals in Sydney.

"The Berlin weather and the cool evenings are usually not to my taste, but I've never run so fast here," she said. "I go home on Saturday and then I am really looking forward to Sydney."

Michael Johnson gave American sprinters another victory when he won the 400 in a relatively slow 45 seconds.

Johnson beat British runner Mark Richardson, who kept up with the American until about 80 meters before the finish line and finished in 45.46. Antonio Pettigrew of the United States was third in 45.61.

Earlier, IAAF president Lamine Diack said an arbitration panel will make a ruling on Richardson's doping case before the Olympics. Richardson was cleared by the British track federation despite a positive test for nandrolone.

"We will have no pending cases during the Olympics," Diack said.

The other case to be ruled on involves Dieter Baumann, Germany's 1992 Olympic champion in the 5,0000.

American hurdler Gail Devers, already assured of getting a piece of the golden jackpot, skipped the Berlin meet.

Trine Hattestad of Norway, Hicham El Guerrouj of Morocco and Tatyana Kotova of Russia also joined the hunt for the jackpot by winning their events.

Hattestad won the women's javelin with a throw of 224 feet, 2 inches, while El Guerrouj eased to victory in the men's 1,500 meters in three minutes, 30.90 seconds. 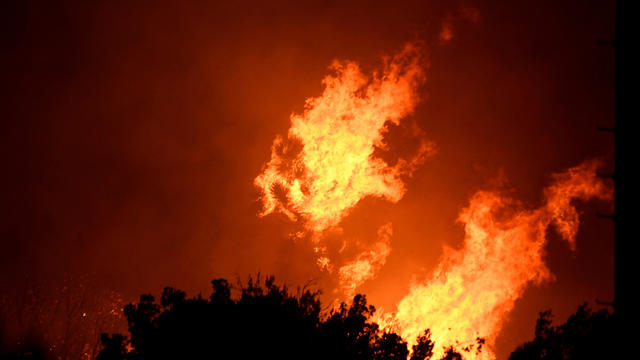