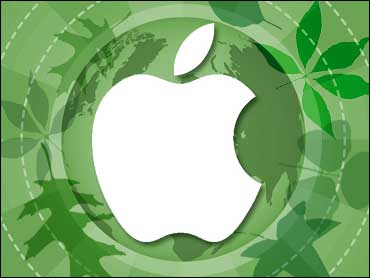 Greenpeace International placed Apple Inc. last in its rankings of major electronics makers for their environmental friendliness, while Chinese manufacturer Lenovo Group Ltd. jumped to the top of the list.

An Apple spokeswoman said the company rejects Greenpeace's ranking system and that its products are among the "greenest" on the market, pointing to more technical ratings used by the Green Electronics Council.

Greenpeace ranked 14 computer and mobile phone makers according to their efforts to limit the use of hazardous chemicals in production and in taking steps to ensure that goods that become broken or obsolete are recycled.

Lenovo replaced Nokia Inc. at the top of the list, followed by Sony Ericsson, Dell Inc., and Samsung Electronics Co.

Near the bottom with Apple were LG Electronics Inc. and Matsushita Co.'s Panasonic.

Greenpeace spokeswoman Iza Kruszewska said Lenovo, which bought IBM's consumer electronics division in 2005, has tried to lessen its environmental impact since the list was introduced in August 2006. It was the first of the electronics giants to offer all customers the opportunity to give back computers for recycling.

Lenovo is a rare example of a company bucking the tide in China, which is a dumping ground for hazardous electronics, both domestically made and imported, she said.

She said Apple failed to stop using several types of harmful chemicals in its manufacturing, and — unlike many other companies — has not set any timetable for phasing them out.

"We disagree with Greenpeace's rating and the criteria they chose," Apple spokeswoman Sheryl Seitz said, reading a prepared statement. "Apple has a strong environmental track record and has led the industry in restricting and banning toxic substances such as mercury, cadmium and hexavalent chromium, as well as many BFRs (brominated flame retardants)."

According to standards developed by the Institute of Electrical and Electronics Engineers, Inc., Apple products are not especially toxic.

The Green Electronics Council, funded by the U.S. Environmental Protection Agency, runs a Web site that allows buyers to judge products on a score comprised of 23 different categories established by the IEE, including the materials used, energy conservation and packaging. Apple generally scored better than Lenovo and Dell.

All of the computer companies in Greenpeace's study had failed to eliminate BFRs and toxic vinyl plastics, though some of the phone makers did.

Kruszewska said the study intentionally ignored companies' absolute size to concentrate on their relative performance. She conceded the choices of manufacturers and judging criteria were subjective. But Greenpeace tried to be "fair and transparent" in giving advance warning to the companies on the way they would be rated.

She said Greenpeace's relationship with Apple has deteriorated since it set up a spoof Web site devoted to criticizing Apple's environmental policies, she added.

"Once we launched the 'Green my Apple' Web site, we stopped hearing from Apple altogether," she said.

She said Apple initially participated in regular conference calls with Greenpeace on the ratings scheme, but didn't change its practices any more than required by law.

"Steve Jobs has a lot to answer for," Kruszewska said, referring to Apple's CEO.