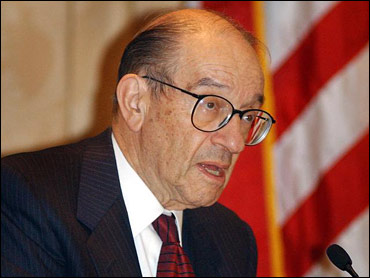 Alan Greenspan, expressing appreciation for President Bush's confidence, said Wednesday he would accept a fifth term as chairman of the Federal Reserve.

In a brief statement, Greenspan, who is now in his 16th year as head of the nation's central bank, said he would accept a nomination for another four-year term.

Mr. Bush in a surprise announcement on Tuesday had said he planned to nominate Greenspan for a new term when his current one expires next year.

"If President Bush nominates me and the Senate confirms his choice, I would have every intention of serving," Greenspan said Wednesday.

"The president and I have not discussed this, but I greatly appreciate his confidence," Greenspan said in his statement. "I have been privileged to be appointed by five presidents to various positions."

Greenspan, who took over as Fed chairman on Aug. 11, 1987, after being picked for the post by Ronald Reagan, had previously served as chairman of the Council of Economic Advisers under Gerald Ford. Greenspan was renominated for the Fed position once by Bush's father and twice by Bill Clinton.

An early decision on the Fed chairmanship removes one potential source of uncertainty for the markets and the economy, reports CBS News MarketWatch. It also removes what could be a thorny political issue from the 2004 calendar.

Greenspan had angered some in the White House in February when he argued in congressional testimony that the economy needed fiscal discipline more than it needed a new round of tax cuts. Greenspan has long favored lower taxes, especially on capital income like dividends, but he said tax cuts should be fully paid for by spending cuts or offsetting revenues.

Along with Greenspan's statement, the Fed announced that the 77-year-old chairman had returned home on Wednesday after an overnight stay at a local hospital where he underwent surgery Tuesday for an enlarged prostate.

"He will be back in the office later this week," said spokeswoman Michelle Smith.