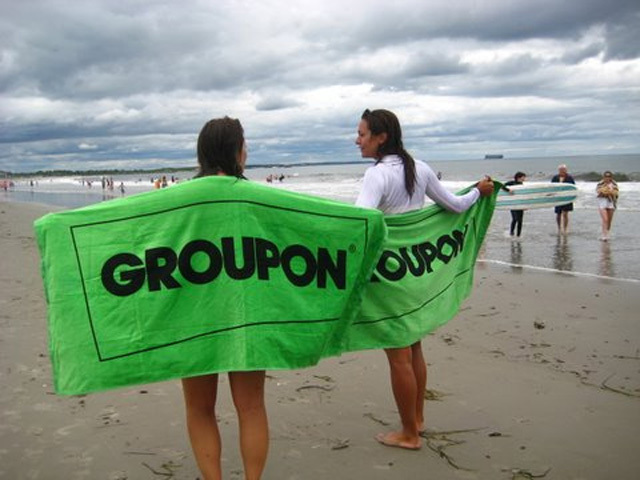 (MoneyWatch) COMMENTARY Groupon (GRPN) insiders have never been shy about looking out for their own interests. Among other moves, they took big cash-outs before the company went public, increasing Groupon's need to file an IPO and pull in badly needed capital. And now two of the co-founders have funded a startup that competes with Groupon in a key area, as the Wall Street Journal reports. It might not be the last time this happens.

Chairman Eric Lefkofsky and director Brad Keywell have long been business partners. In addition to Groupon and previous ventures, the two launched a startup backer called Lightbank. One of its fledgling enterprises is a company called Belly, which provides a "universal loyalty program" to merchants. Consumers spend with participating vendors, with Belly tracking the activity, and earn sometimes odd rewards, like a serenade from a bagel shop owner.

One problem: In May, Groupon launched a loyalty rewards program that it started testing last September. Oddly enough, that was just two months after Belly was founded. Not that the market has gone unnoticed. There are at least four other startups in the general space. But the backing of Belly by Lefkofsky and Keywell is odd in a number of ways.

One is that their firm, Lightbank, seems significantly different from VC entities, as they describe a business network and infrastructure that startups use:

Take our network and put it to use for your enterprise, from business development and strategic partnerships, to mergers and acquisitions -- benefit from our experience.

Beyond guidance, the firm says that "we dig in, get our hands dirty, and get stuff done." Clearly this is not an arms-length relationship, which raises the question of whether the two co-founders are in a conflict of interest. Loyalty programs are important to Groupon, as the company looks to expand into providing technology to merchants so it is less at the mercy of whether they will buy into daily deals or not.

Furthermore, both men are on Groupon's board. They know its strategic plans and, presumably, those of the dozens of startups that Lightbank is involved with. (I have email requests for comments out to both companies.)

[Update: A spokesman for Lefkofsky and Keywell declined to comment.]

When Groupon raised nearly $1.1 billion in cash early last year, directors, officers and stockholders got 86 percent of the funds, or $946.8 million. Two investment firms owned by Lefkofsky cashed out shares worth nearly $382 million, or more than a third of the total. With so much cash siphoned off, Groupon had to go for its IPO to gain sufficient working capital.

If Lightbank did sell Belly to Groupon, it could turn into a nice continuing business model for the two owners, assuming that Groupon's ability to absorb acquisitions continued. Here are some of the other companies that could potentially fit into what Groupon does:

It could be a good deal for Lefkofsky and Keywell, but maybe not for shareholders. As it is, the stock closed Friday at $4.15; the IPO price was $20.