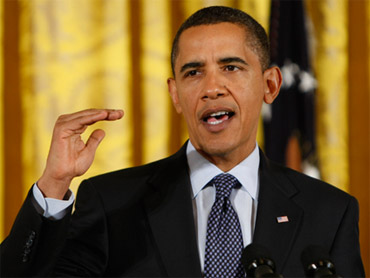 Just off a stretch of interstate called the Avocado Highway, work crews in the U.S. avocado capital are harvesting fist-sized fruits destined to be mashed and mixed by football fans across the country.

Super Bowl Sunday has become one of the biggest days for U.S. avocado consumption as the popularity of its zesty dip derivative, guacamole, has spread.

Some 40 million pounds of avocados will be eaten during this year's Super Bowl festivities, according to the California Avocado Commission.

"If you were to lay it out end-zone to end-zone at Qualcomm Stadium, that's over 5 feet deep," said Irene Cabanas, a spokeswoman for the commission.

It was not so long ago that the avocado, a native of southern Mexico, was considered exotic in much of the United States. But the rising popularity of California cuisine and the dramatic spread of Latino populations over the years have allowed avocado growers to branch into new markets.

An MTV film crew that recently visited Jerome Stehly's orchard in Bonsall, 50 miles north of San Diego, was surprised to see that avocados grow on large trees. "I think they were expecting a bush," he said.

Now the avocado — a word derived from "ahuakatl" of the Aztecs' Nahuatl language — is linked with one of the most American events of all.

The Super Bowl marks the largest U.S. consumption day of avocados for any sporting event. It ranks third overall, behind Memorial Day weekend and top-ranked Cinco de Mayo, the celebration of an 1862 Mexican victory over French forces that has taken on its own life in the United States.

California is home to 86 percent of the nation's crop, and 46 percent of the state's avocados come from San Diego County, where Super Bowl sales are especially important this year. Growers in the county are fighting a fruit-fly infestation and last month saw strong wind knock millions of dollars of fruit off their trees, rendering much of it unusable.

Despite a quarantine on the fly-infested groves and the wind losses, there will be plenty of avocados to meet needs, said Stehly, who chairs the Avocado Commission's board of directors. Avocados imported from Chile and elsewhere make up a large portion of the fruit consumed in the United States.

The commission began promoting avocados as a Super Bowl menu item in the early 1990s after growers noticed the game coincided with the start of harvest for many of their trees.

Since 1995, the commission has created regional guacamole recipes for contending Super Bowl teams, which are entered in an "AvoBowl" taste-off held in the days before the game. Over the past eight years, the team with the best-tasting guacamole has won the NFL title five times, Cabanas noted.

This year's recipes for the Oakland Raiders and the Tampa Bay Buccaneers both include shrimp; California's recipe adds tomatoes and Florida's adds green onion and red pepper sauce.

At the Hotel del Coronado on San Diego Bay, 300 pounds of avocado will be used over the weekend, according to executive chef James Footit.

The hotel is hosting several NFL team owners and major sponsoring companies. Special Super Bowl menus will include avocados that are spread over toasted ciabatta bread, blended with tomatillos in a sauce, or fried up tempura style.

And, Footit said, "We obviously will have guacamole."