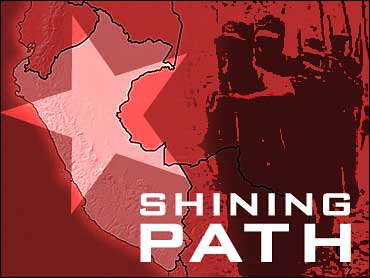 A marine captain, four other marines and two civilian guides were killed in the attack Thursday afternoon in the department of Ayacucho when rebels opened fire after they stopped to take a break in a clearing, said an army officer who asked not to be identified.

The attack was another strong sign of a resurgence in Shining Path activity. Last month, 71 pipeline workers were kidnapped by guerrillas at a remote pipeline construction in Ayacucho. They were released a day later.

Since then, some 20 military patrols have been combing the thick jungle-covered gorges in search of the kidnappers. One soldier has been killed and at least two wounding on patrols.

The patrol had been inserted by helicopter early Thursday after intelligence reports indicated that rebels had been spotted buying supplies across the river in the village of Matucana, the officer said.

The guerrillas attacked the marines in a clearing outside Matucana after the patrol stopped for rations, with many of the soldiers putting down their weapons to eat.

"Bullets were coming in from every direction," the officer told The Associated Press outside the Pichari counterinsurgency base in this ramshackle village of thatched huts and tin roofed shacks on the Apurimac River, about 220 miles southeast of Lima.

Scrambling in the chaos to return fire, the marines were unable to see the rebels, who were hidden in the shadows and thick underbrush, the army officer said. It was unknown, but unlikely that any guerrillas were killed, he said.

The wounded were evacuated by helicopter to the city of Ayacucho Thursday and then flown by military plane to Lima for treatment, the army officer said. Ayacucho, about 200 miles southeast of Lima in the Andes Mountains, is the birthplace of the Shining Path.

Local community self defense leaders — known as "ronderos" — have said that the rebels are now using new, modern weapons. During the height of their campaign in the late 1980s and early 1990s, the guerrillas relied on secondhand weapons stolen from police and soldiers.

The Shining Path launched its armed conflict in 1980 after a decade of planning. By the early 1990s the group almost brought the Peruvian government to its knees, assassinating mayors and peasants unwilling to support them in the countryside and waging a car-bomb campaign in Lima.

The violence dropped significantly with the capture of founder Abimael Guzman in 1992.

In October 1999, three army officers and a military pilot were killed when about 60 rebels opened fire on their helicopter as it landed in a jungle clearing in the same general region.

Fighting has left about 30,000 dead since 1980, including soldiers, rebels and civilians.