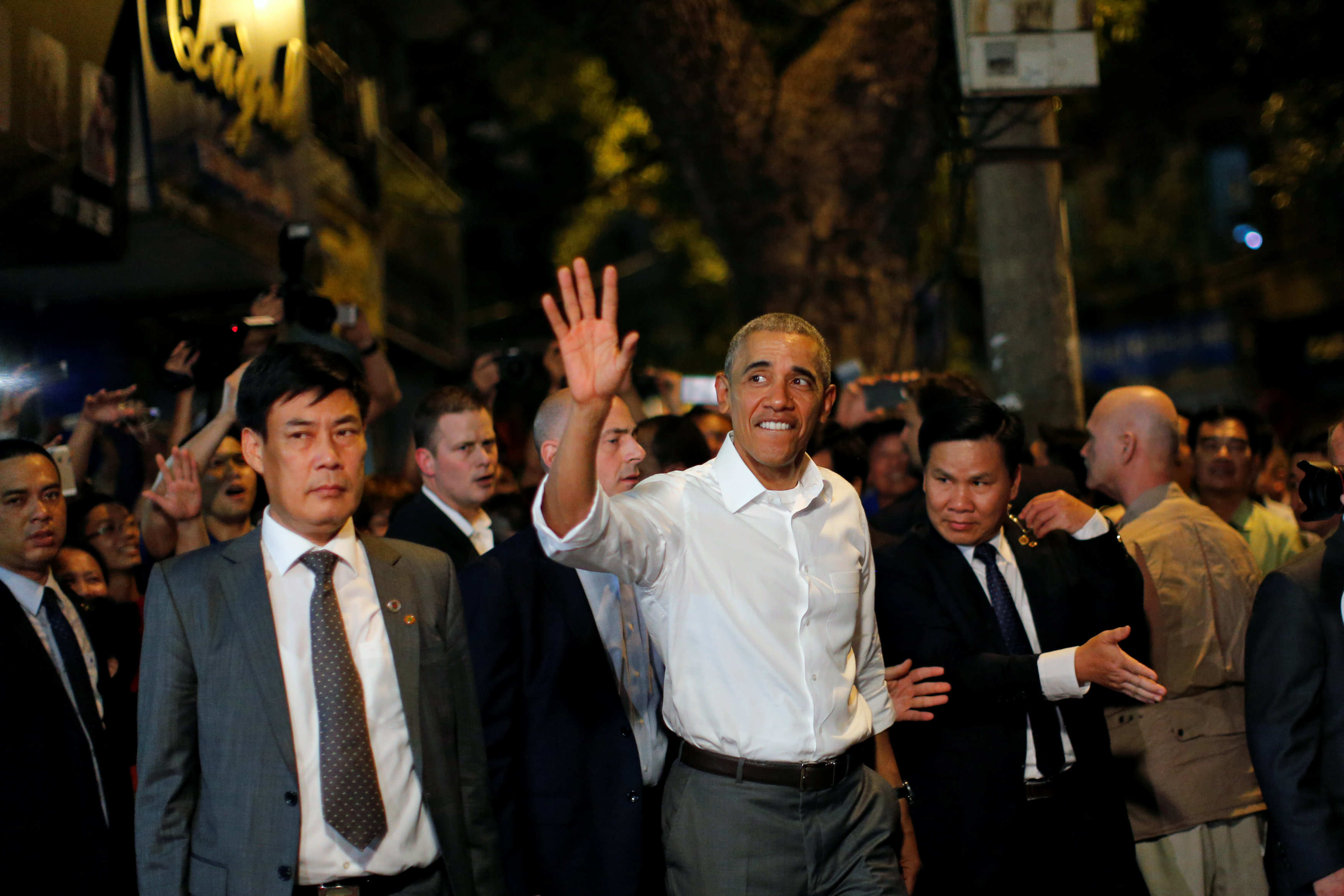 President Obama dined on Monday night with Anthony Bourdain in Hanoi, Vietnam during the president's week-long trip to Asia.

The star shared a photo of them eating dinner at Bún chả Hương Liên, a small restaurant that's just north of the "old quarter" of Hanoi, according to the White House travel pool.

They're both seen sitting at a table with with lettuce and bowls of soup and Mr. Obama is holding up a beer.

Their conversation will be featured in an episode of Anthony Bourdain: Parts Unknown, which will air on CNN in September.

Earlier in the day, the president lifted a half-century-old ban on selling arms to Vietnam on his first trip to the Southeast Asian country. He's the third sitting U.S. president to visit Vietnam since the end of the war. He'll head next to Japan where he'll make a historic visit to Hiroshima. The White House has said Mr. Obama won't apologize, however, for the U.S. decision to use a nuclear bomb on the Japanese city in 1945.

In Japan, he's scheduled to participate in the G-7 Summit in Ise-Shima and Mr. Obama will meet with Japanese Prime Minister Abe to advance the alliance between their two countries.